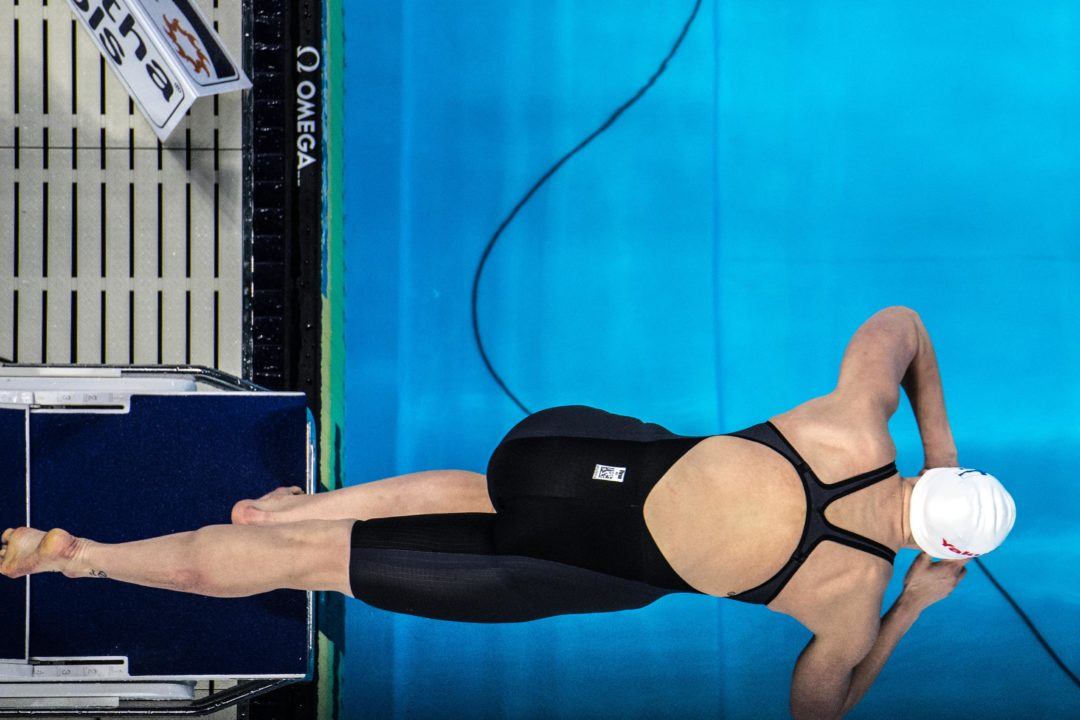 Each athlete arrives in Greeley with an already impressive pedigree in their young careers. Head swimming coach, Lisa Ebeling’s first recruiting class as a Bear boasts women from around the world that all aim at making an impact at the University and the Western Athletic Conference.

One of three international signees, Camryn comes to Northern Colorado from Pretoria, South Africa. Swimming for The British Academy, Wheals was named her Junior School captain. Camryn also qualified for the South Africa level three nationals from 2012-16 and was a South Africa Senior National Qualifier form 2015-17. From 2012-16 Wheals was also awarded Provincial Colours. As a member of the Seals Club, Wheals led the team to a Club Championships, taking gold medals in the 50 and 100-free, as well as the 50 and 100-butterfly.

“Camryn will add depth to our sprint events and will be an extremely valuable relay swimmer,” said head coach, Lisa Ebeling. “Although her current times will be competitive with some of the best in the conference, she has a lot of untapped potential as well as the drive and professionalism to continue to improve and make great strides at the collegiate level.”

MichaelAnn will arrive in Greeley form Sumner, Washington. Team captain each of the last two years for the Spartans, Wilson earn four varsity letters in swimming and two in water polo. MichaelAnn holds the Sumner High School record in the 100-backstroke, won a league title in the event in 2014 and finished 5th, individually, at the State Championships. District Champions in 2015, MichaelAnn was also a part of the League Championship teams in 2013 and 2016. Wilson was named the most inspirational athlete on her team in 2014 and has held the highest GPA on the squad since 2015.

“MichaelAnn is an exciting addition to our program,” said Ebeling. “Her positive energy and motivation to improve will make her a great training partner and racer. She has just begun to scratch the surface of her swimming career and we are thrilled that she has chosen to continue her swimming journey at UNC.”

The second internal signee on the list for Ebeling comes from Athens, Greece. Named the team captain from 2015-17, Ioanna has taken first place honors at the Greek Swimming Championships in the 200 and 100-backstroke since 2014. Sacha has continued her dominance on the junior circuit in the backstroke, taking first place in the 200-meter at the Multinational Juniors in Israel in 2015, capturing both golds in the 100 and 200-meter events at the Balkan Juniors held in Oradea, Romania in 2015, finishing seventh in the 200-meter at the first European games in 2016, held in Baku Azerbaijan, and a semi-finals appearance at the 2016 European Junior Swimming Championship in, Hodmezovasarhely, Hungary.

“Ioanna is coming in as one of the best IM/backstrokers in UNC’s program history,” said Ebeling. “Her contagious, enthusiastic personality will add tremendously to our training environment and we are excited to have her on board.”

Coming to Greeley from Mountain Ridge High School in Peoria, Arizona, Holli Johnson was a force for the Mountain Lions each of her four years under coach, Mike Maczuga. Elected as the team captain for her senior campaign, Johnson was also the anchor on the 4×100 freestyle relay team. For the Mountain Lions, Johnson placed in the top three in each of her disciplines all four years at the regional meet. During her senior year, she took place honors in both the 100-buttlerfly and 500-freestyle. As a member of the Phoenix Swim Club, Johnson placed fourth in the 1650 and 1000-freestyle, while finishing 14th in the 500-freestyle. Holli has also been stellar out of the pool, earning a spot on the honor roll each of her four years at Mountain Ridge and was elected to the National Honors Society her junior and senior years.

“Holli is a positive addition to the Bear family on several levels,” said Ebeling. “She is an incredibly tough competitor and she has a great work ethic and a positive attitude. Not only will she be a big point scorer for our program, but she will also add to the positive team based culture that we have worked hard to create over the past year.”

Kis marks the third international signee for Ebeling. Making her way from Budapest, Hungary, Kis will look to be an instant impact for the Bears. Under coach Karoly Berhardt, the former coach of Rikke Moller Pederson who holds the current world record in the 200-meter breast stroke, Kis swam for Ferencvarosi Torna in Hungary, one of the most prestigious clubs in the country. Though she swims in most long course meets, her times in the individual medley, freestyle and breastroke will convert to some of the top times in the Western Athletic Conference.

“Petra is a true competitor with a passion for racing,” said Ebeling. “Her professional approach to her training and race preparation will help take our program to the next level. She is a huge asset to the Bear Swimming and Diving family.”