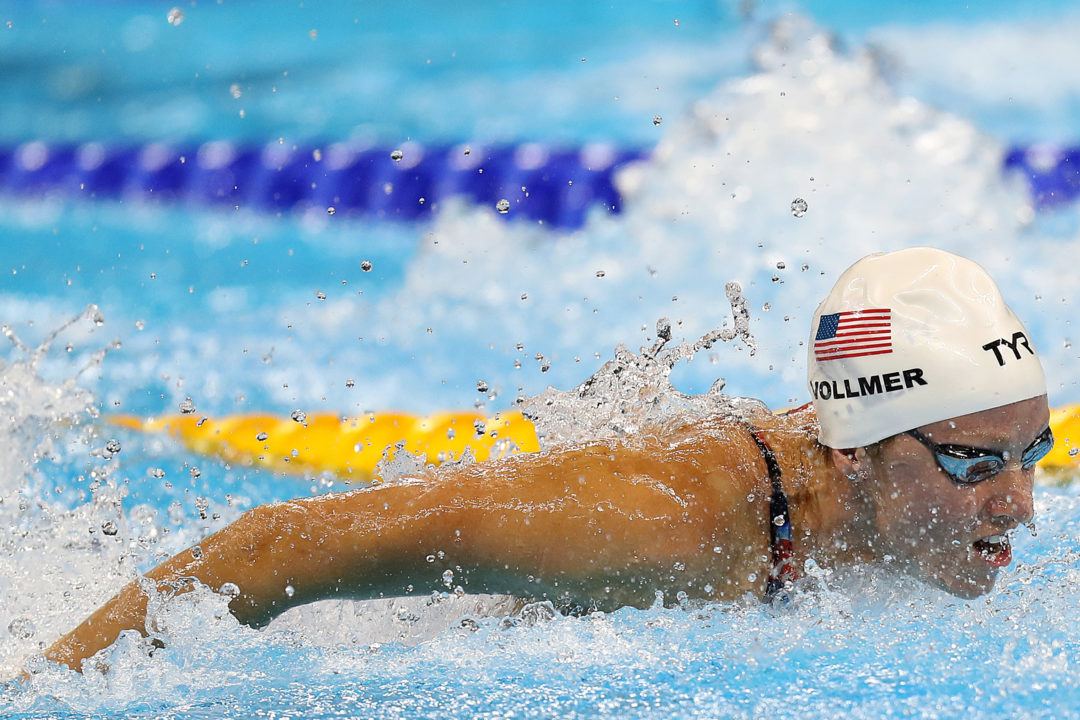 The Americans have a decision to make on who will contest the 400 free relay tonight. Current photo via Simone Castrovillari

One of the main events of the evening, the women’s 400 free relay final, will be an exhilarating race after a fast prelims session. There will be some lineup changes, but who will be swapped out and who will come in?

For the top seed Aussies, it looks like Emma McKeon will come in, and Brittany Elmslie will stay after a fast split this morning (53.22). They will most likely join the Campbell sisters Cate and Bronte.

The Americans are the team with the most question marks surrounding their finals lineup, particularly the 4th leg. Three legs are locked up: Abbey Weitzeil and Simone Manuel finished 1-2 at US Trials, and Katie Ledecky put up the top split of the morning relay in 52.64. That leaves Amanda Weir, Dana Vollmer, and maybe even Missy Franklin as possible options for the final.

Weir had the second fastest leg on the morning relay despite leading off, clocking a solid 53.60. She did finish 3rd at Trials, but her spot isn’t certain.

Vollmer, who swam the 100 fly this morning and has it again tonight, finished 6th at the Trials and is a viable option, but her age may factor into the decision to put her in two key races on one night. However, at the Arena Pro Series in Charlotte Vollmer swam a time of 53.59, a time faster than Weir did this morning, so she may get the nod. The Americans know they’ll have to gamble to win.

Franklin could also get the nod, as she has experience swimming in this race on the biggest stage. She was part of the bronze medal winning relay four years ago, and has three World Championship medals in this event including a gold from 2013. Though she missed the final at the US Trials, she owns a best time of 53.36 and has a career best relay split of 52.79.

Other relays that will see changes will be the Canadians and the Netherlands, who both didn’t use their best swimmer this morning. Penny Oleksiak and Ranomi Kromowidjojo will come in, and (likely) Michelle Williams and Inge Dekker will come out.

You have to switch Ledecky and Manual and they will be in reverse alphabetical order 🙂
I personally want Ledecky to start relay, so it will be possible to check what her personal best is now. I know she played safe this morning but her rt wasn’t good. So take this pressure off her.