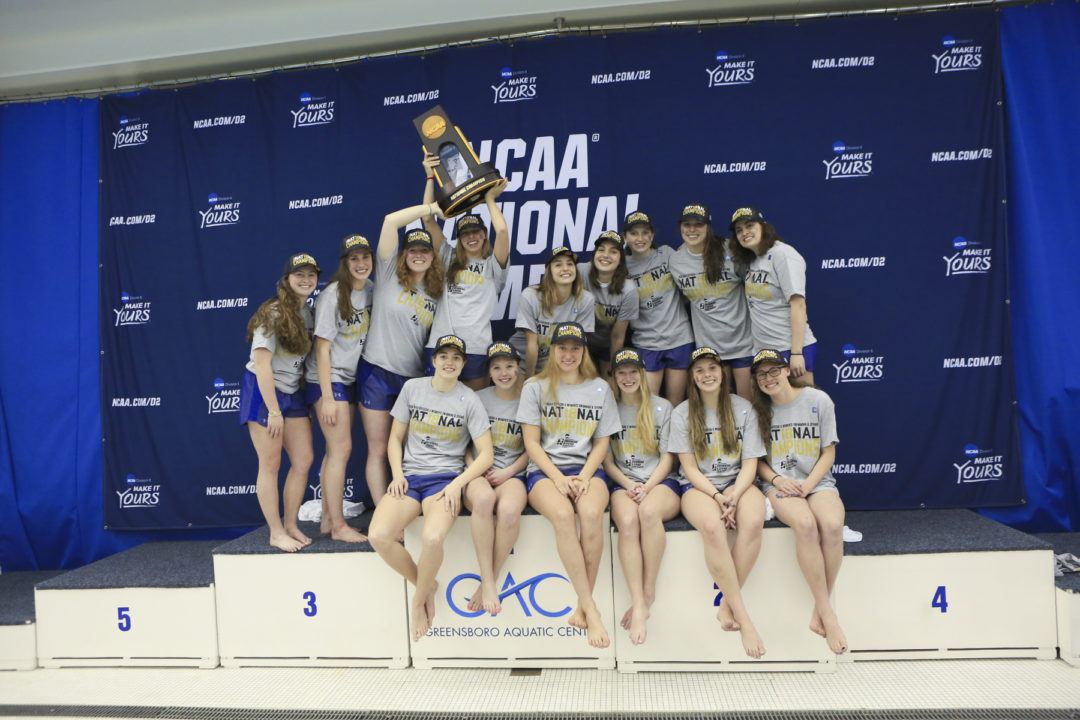 Interesting to how Queens attracts so much international excellence despite it being D2, does anyone know why?

Charlotte is a world class city.

Can get decent training with relatively-soft entrance requirements. School has a 79% acceptance rate (Florida is 38%), and only requires a 79 TOEFL score (though not particularly relevant for someone from NZ). Also probably lots of scholarship money available. 1:00.42 is worth a full ride at Queens, might not be worth as much at a D1 school. If I thought swimming was my career (a lot more national money available for top swimmers from small countries), might be worth it to take a full ride, not have to work as hard in school (most foreign countries don’t know the difference between a Queens degree and a big state school degree), and start collecting federation checks.

Used to be cause they could train with SwimMac Elite with Marsh and Dugdale. The city has a lot to do with it in terms of post graduate opportunities in the job market. Program has done so well recently that it stands out as a top tier program regardless of what NCAA Division it’s in

Your five year NCAA “clock” has nothing to do with when you graduate from high school. It doesn’t start until you enroll in college. If you are 50 years old and never enrolled in college, you still have all your NCAA eligibility

While the above rule is correct regarding the 5 year clock; there is another rule which states that you lose a year of eligibility after the first year past high school graduation in which you compete but do not attend a university. So a 21 or 22 year old international swimmer who continued to compete before enrolling might have limited years of eligibility in D1.