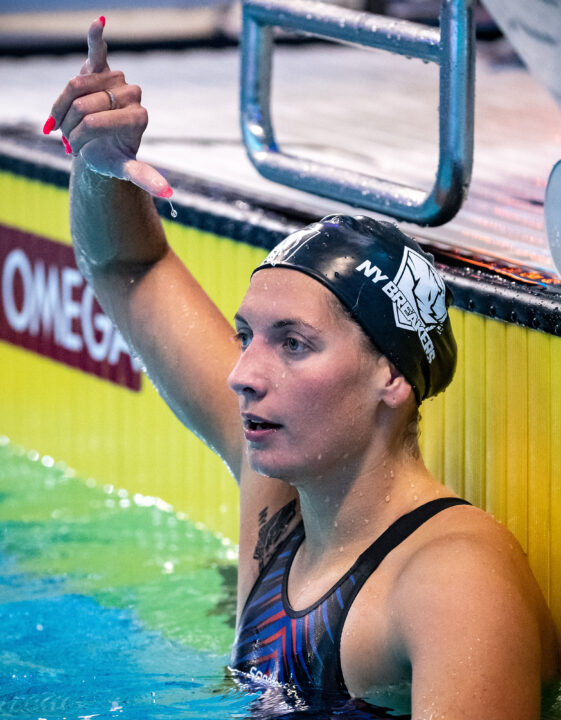 Chimrova opened in 59.82 and brought it home in 1:03.94 to overtake her own lifetime best and Russian national standard of 2:04.36. The Breaker set that mark way back in 2017 at that year’s Russian Championships.

This match, the Breakers have been doing some damage in the women’s fly events, with Chimrova placing 2nd in the women’s 100m distance yesterday followed by her teammate Alicja Tchorz who placed 3rd in a new Polish national record.

Every point in this match matters, this is the last day of competition in the first block of ISL’s 2021 season, where the league’s bottom four teams are competing for two spots in the ISL Playoffs in Eindhoven in November. Entering today’s action, the New York Breakers are 4th out of the 4 teams.

Scores at the conclusion of Day 1: