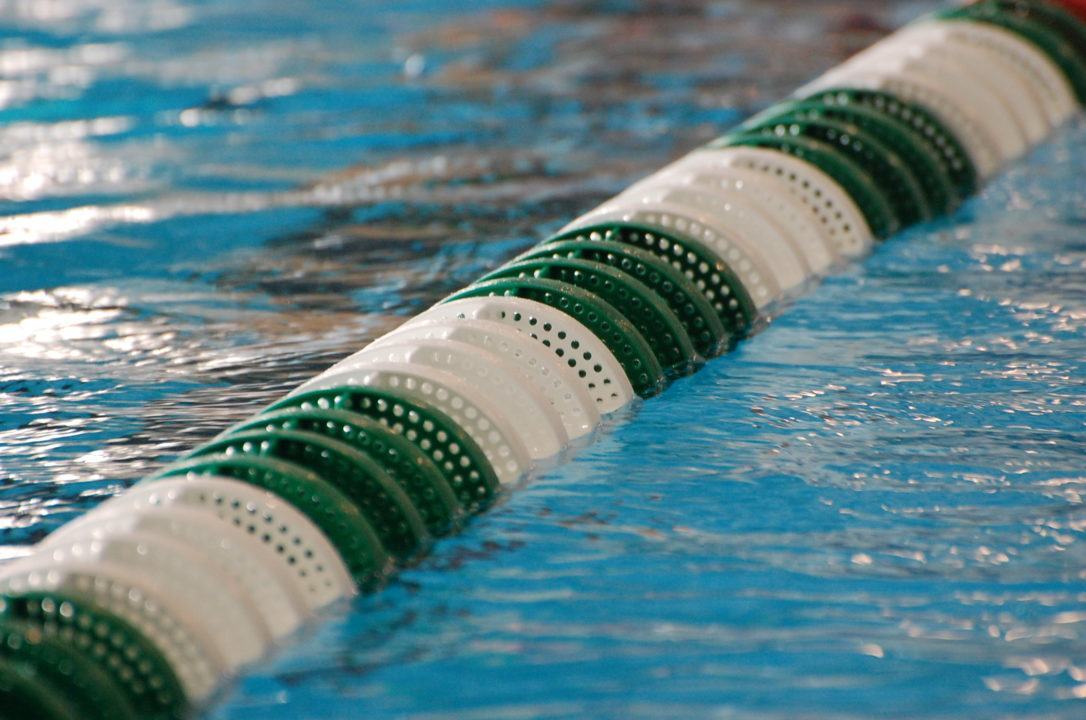 One of the big stories of the meet was Pitt's mid-season addition Eben Vorster, a freshman from South Africa. Stock photo via Anne Lepesant

The Pitt men and women posted dominant victories in their home dual meet against West Virginia on Saturday. One of the big stories of the meet was Pitt’s mid-season addition Eben Vorster, a freshman from South Africa. Vorster threw down for 3 individual victories to help the team to their overall win. He swept the butterfly races, clocking a 50.22 in the 100 fly and a 1:49.78 in the 200 fly. Additionally, Vorster won the 200 IM in a quick 1:51.94.

WVU freshman Morgan Bullock was one of the top performers for the Mountaineers after reeling in 3 event wins. She swept the butterflies, clocking a 55.78 to win the 100 fly and a 2:03.13 to win the 200 fly. Bullock closed the session with her 3rd individual win in the 200 IM, racing to the wall in 2:05.78.

PITTSBURGH–The Pitt swimming & diving teams combined to win 27 out of 32 total events as the Panthers’ men’s and women’s teams both earned dominant victories over rival West Virginia in an aquatics rendition of the Backyard Brawl on Saturday at Trees Pool.

“I thought our team raced really well today,” Pitt head coach John Hargis said. “Coming into this meet, we wanted to continue to improve upon what we’ve been doing all year, and I think we did that. Going forward, we have to continue to polish some things. We’re a few details away from being a very, very good team on both sides–men’s and women’s. We have to figure out ways to get our hands to the wall faster. That’s our aim as we get closer to the ACC Championships.”

The biggest ovation of the day from a raucous crowd at Trees Pool came after Pitt senior diver Dominic Giordano shattered the school and pool record in the 1-meter dive with a six-dive score of 434.63, breaking Alex Volovetski‘s previous record of 408.40 that had stood since 2008.

“Dominic Giordano is most certainly the best diver the University of Pittsburgh has ever had,” Pitt diving coach Julian Krug said after the meet. “The record he set today was a very legitimate 1-meter school record. He is a much better diver this year than he was last year when he won a national title. I am so happy that he has continued to improve.”

The Panthers are home again next Saturday, this time against ACC power Florida State and Denison as Pitt hosts a tri-meet at Trees Pool for the second time this season. Admission is FREE to all fans.

PITTSBURGH – Freshman Morgan Bullock won three races as the West Virginia University swimming and diving team opened the final month of the regular season with a loss at Pitt on Saturday afternoon in Pittsburgh.
Bullock won all three individual events she raced in against the Panthers, while sophomore Merwane El Merini added two individual victories in the annual Backyard Brawl. The WVU women fell 205.5-94.5, while the men lost 214-86.
Bullock’s victories came in the 200 butterfly, where the Mountaineers swept the top three finishes, the 100 butterfly and the 200 individual medley. El Merini posted wins in the 50 and 100 freestyle.
“I thought we had some very solid efforts today but as a team we didn’t compete at the level I know we are capable of,” WVU coach Vic Riggs said. “We’ll need to take a look at that this week to make sure we’re ready for our next meet. Congrats to Coach (John) Hargis and his team, they had a very strong meet.
“With that said, we had several individuals step up in a big way. For the women, Emma Skelley, MacKenzie (Braden), Amelie (Currat) and Julia (Miranda) all had great meets. As did Trayton (Saladin), Drew (Damich), James (Koval) and Sam (Neaveill) for the men. Our meet was highlighted by Morgan and Merwane, who both won all their individual events.
In addition to Bullock and El Merini’s wins, the Mountaineers recorded two scores that rank in the top five in program history. In the 1,000 freestyle, freshman Trayton Saladin’s 9:32.27 was the fourth-fastest time in program history and good for a runner-up finish against Pitt. In the same event, junior James Koval tied his own fifth-best mark in the WVU record books with a 9:35.34, placing fifth.
“It’s never easy losing, but considering our youth and how well they did, I’m confident we’ll get better each meet this month as we did this fall,” Riggs added.
Saturday’s Backyard Brawl began on springboard, with the women on 1-meter and the men on 3-meter. Junior Alex Obendorf led the way for the Mountaineers, with a second-place finish thanks to a 308.40 on 3-meter. On 1-meter, sophomore Averly Hobbs was fifth with a 241.05.
In the pool, the 200 medley relay kicked things off, where the Mountaineers placed third in both events. The men earned a 1:33.36 in a tightly-contested race for the top three spots, where the top three teams finished within 0.33 seconds of each other. The women touched the wall in 1:47.80.
WVU got off to a good start in individual events in the 1,000 freestyle, highlighted by a pair of top-10 swims in program history for the men. Saladin finished second with a 9:32.27, good for the fourth-fastest time in WVU history. Koval touched the wall in 9:35.34, fifth-fastest in team history to place fifth overall. For the women, senior Emma Skelley got things started with a second-place finish, touching the wall in 10:04.09.
Skelley added a third-place finish in the 200 freestyle with a 1:53.84, and sophomore Drew Damich posted a 1:41.25 to place third for the men.
Freshman Julia Miranda earned a second-place finish in the 100 backstroke with a 56.59. She was followed by junior teammate Amelie Currat, who’s 57.66 was good for third. In the men’s event, sophomore Jake Williams was third with a season-best time of 51.74.
The Mountaineers dominated the women’s 200 butterfly, posting a 1-2-3 finish. Bullock won the event with a 2:03.13, followed by sophomore teammate Morgan Carr in second with a 2:04.67 and senior Mackenzie Braden, who was third with a 2:07.26. Freshman Gabe Swardson paced the men’s team with a 1:51.83 to finish third.
El Merini followed with a win in the 50 freestyle, touching the wall in 20.41.
The second round of diving was next, with the women on 3-meter. Hobbs led West Virginia, placing third with a 264.75.
El Merini continued his winning ways in the 100 freestyle, posting a 45.70 to win his second event. Damich added a third-place finish with a 46.36.
Sophomore Emma Harris earned a second-place finish in the 200 breaststroke, touching the wall in 2:21.15. For the men, Saladin was third with a 1:52.81.
The WVU women posted its second consecutive runner-up finish, thanks to Skelley in the 500 freestyle. The senior posted a 5:00.19.
Bullock kept things going strong for the women’s squad, winning her second event of the day with a 55.78 in the 100 butterfly. Miranda added a third-place finish with a 57.16. For the men, Saladin recorded a 4:38.65 to finish third.
The men’s 1-meter springboard was next, where junior Michael Proietto placed second with a personal-best score of 337.95. Obendorf was fourth with a 298.43.
“It was a good meet for the divers today,” diving coach Michael Grapner said. “They have been training hard and I could see much of their hard work paying off. Pitt is a tough team and always competitive for the divers. This sets us up nicely for our next meet against TCU. Mike Proietto did very well on 1-meter today, achieving a new personal-best score.”
Individual events concluded with the 200 individual medley, and again it was Bullock leading the charge, taking her third victory of the day. She swam a 2:05.78 to cap a strong day individually.
The meet wrapped up with the 400 freestyle relay. The men finished second in 3:04.42, while the women were third in 3:34.05.
West Virginia returns home for a Senior Day matchup against Big 12 rival TCU on Saturday, January 14. WVU’s final home meet of the season will begin at 11 a.m. ET at the WVU Natatorium.
For more information on the Mountaineers, visit WVUsports.com and follow WVUSwimDive on Twitter, Facebook and Instagram.