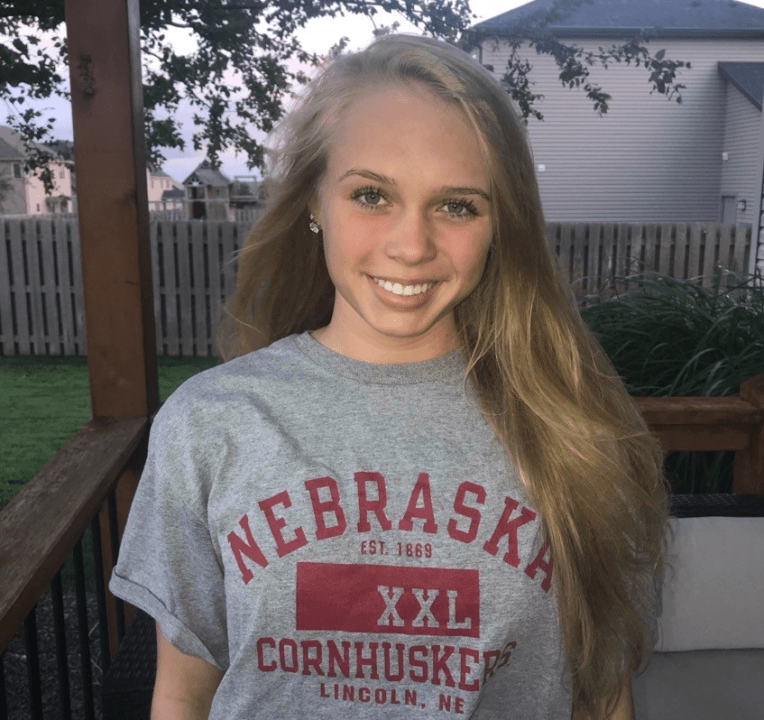 Berkeley Livingston, a NISCA All-American from Lincoln Southwest High School in Lincoln, Nebraska, has elected to remain in-state and swim for the University of Nebraska’s class of 2023.

“I’m excited to announce my verbal commitment to the University of Nebraska to continue my education and swimming career. I chose Nebraska because of the amazing team and beautiful campus. I’d like to thank everyone who helped to make this opportunity possible.

Livingston is the 2-time defending Nebraska High School state champion in the 500 free. She won her first title as a sophomore in February 2017, going 5:06.00 to win by nearly 5 seconds; that year she also placed second in the 200 IM (2:05.11). As a junior last spring, she began the 2018 state meet with what would have been a lifetime-best 2:02 in the 200 IM during prelims, but was DQ’d for a back-to-breast turn. Channeling her frustration, she swam the 500 prelim race with gusto and became only the fourth girl in Nebraska prep swimming history to break the 5:00 barrier, according to an article in the Lincoln Journal Star. Livingston came back in finals and logged a 4:55.37, taking 1.5 seconds off the PB she’d gone two months earlier at Winter Juniors. She also led off a pair of state-champion relays, going a PB of 51.90 on the first leg of the 4×100 free and 26.90 on the backstroke leg of the 4×50 medley.