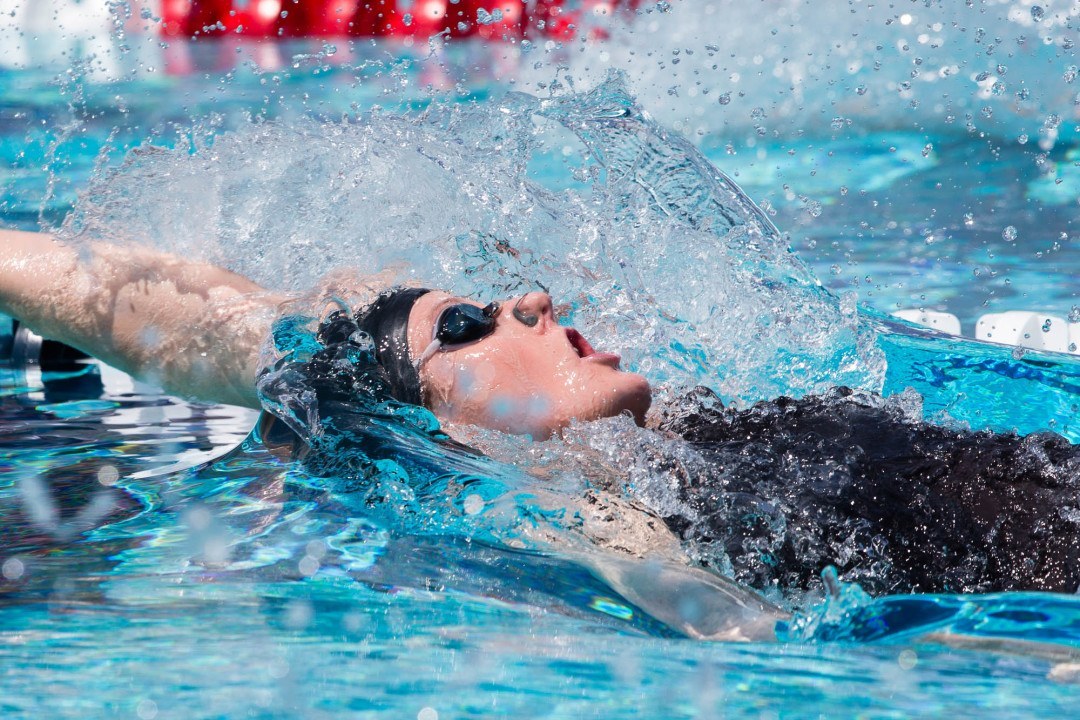 Cal and Stanford will meet this weekend in Berkeley in one of SwimSwam's meets to watch. The Golden Bears will be looking to end Stanford's winning streak in the series, which currently sits at three. Archive photo via Tim Binning/TheSwimPictures.com

With conference championships starting up, the number of dual meets has dwindled down to just a few, however, there is a marquee dual meet remaining on the schedule.

The Cal and Stanford women will square off on Saturday in Berkeley in a highly anticipated dual meet that will be televised on the Pac-12 Network starting at 11 a.m. pacific time.

Stanford will be without 14 time All American Maddy Schaefer, who left the team in January, although that did not prove to be an issue against the Arizona Wildcats or USC Trojans. The Cardinal beat both teams, in part thanks to lights out swimming from freshman sensation Simone Manuel. Cal enters the meet riding wins over USC and UCLA two weeks ago, looking to have all cylinders firing for the Cardinal.

Stanford ranks No. 3 in the latest SwimSwam power rankings,  while Cal holds the edge at No. 2.  Both teams will enter 7-1, looking to hand the other just the second loss of the season with recent history favoring the Cardinal. Over the last five seasons Stanford holds a 4-1 advantage.

All in all it should prove to be the best meet of the weekend.

Elsewhere, the Arena Pro Swim Series Orlando kicks off Thursday with a host of storylines, and several teams are hosting end of season invites.

This weekend also marks the beginning of conference championships, with the MAAC and Bluegrass Mountain Conference meets this weekend.

Below, we’ve listed all the NCAA Division I meets we could find. There’s a lot of teams, so we’re sure we’ve missed a few. Leave them in the comments and we’ll add them to our list.

America East conference champs are this week too tho

America East Conference Championships are this coming weekend, watch out

America East conference champs are this weekend too tho