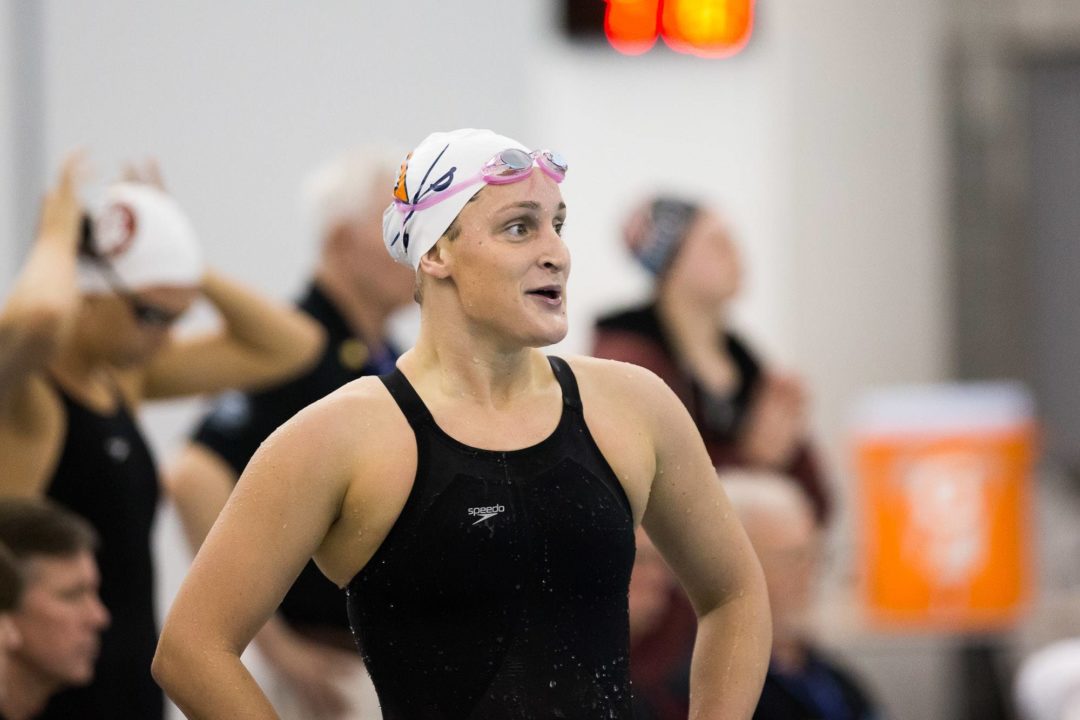 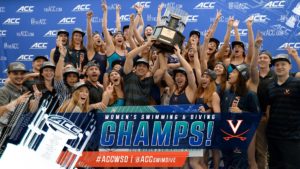 While the Arena Pro Swim Series at Santa Clara raged on the United States’ western coast, there were several other big-name swimmers who were active at meets in the eastern half of the country.

Among those swimmers, and perhaps at the most obscure meet, was Virginia junior-to-be Leah Smith, who is the defending NCAA Champion in both the 500 and 1650 yard freestyles. She raced a the Poseidon-hosted Last Chance Invitational in Richmond, Virginia where the highlight of the weekend was an 8:24.74 in the 800 long course meter freestyle.

That is a new lifetime best by more than three seconds, and jumps her from 10th in the 2015 World Rankings to 6th – including behind fellow Americans Becca Mann and Katie Ledecky. She was the fastest swimmer in the race by more than 40 seconds.

Smith’s previous best time of 8:28.01 was done in 2012, before going to Virginia, at the Jr. Pan Pac Championships. Such a long drought in this event is surprising, given what she’s done recently in the other freestyle events (both other long course distances, and all short course distances).While her focus for the summer’s championships are the middle-distance freestyles (she’s on the 800 free relay at Worlds and the 200 and 400 freestyles individually at World University Games), the 800 was the only freestyle race Smith swam this weekend. Her other swims, all of which were lifetime bests:

starting to think she will be number 2 behind Ledecky??

I’m gonna post very soon the second version of my US 2016 olympic team barometer. I update or not based on recent results or news or simple feelings.
If we talk about women’s 800 free, it’s clearly right now a 3-girl battle between Leah Smith, Cierra Runge and Becca Mann to be the second qualifier behind Katie Lecky. Hopefully all these girls can push each other to swim under 8.20 next year and become medal contenders. They have the talent to do it.
But we must be careful. Who knows if another youngster will not improve quickly in one year and upset these girls at trials? I have 2 or 3 names in mind. 🙂