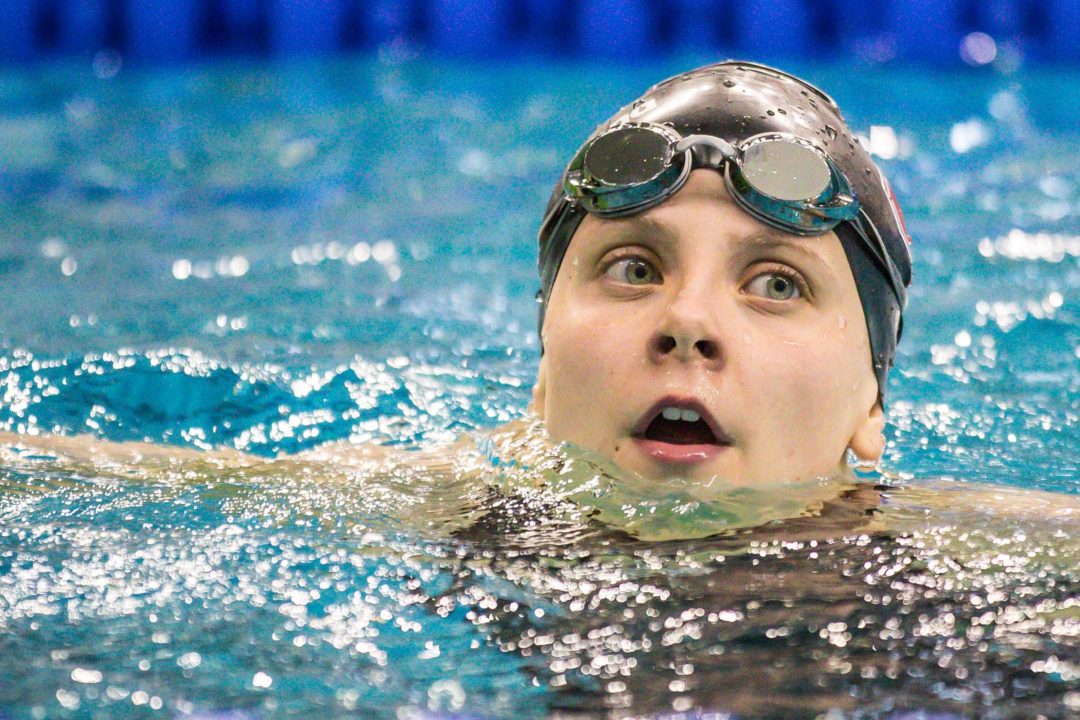 Poole was scheduled for the middle lane in the B Final of the 200 breaststroke at the ACC Championships on Saturday, but had to leave the meet for personal reasons. Archive photo via Jack Spitser/Spitser Photography

NC State swimmer 5th year senior Julia Poole scratched the B-Final of the 200 breaststroke on Saturday, where she was the 9th seed after prelims. While the school has not given an official reason for her absence, sources close to the team have described her departure as a private family matter.

The NC State women entered the final day of competition at the ACC Championships just 33.5 points behind the defending NCAA Champions Virginia. After prelims, though, it was clear that the Cavaliers had done enough to secure the title, so Poole’s absence really only impacted the margin.

Sarah Benderof Notre Dame, who was 17th-fastest in prelims, took advantage by climbing to 14th overall after being bumped to the B Final. Duke’s Catherine Belyakov was moved into the C Final and finished 24th, dropping six-tenths of a second to go 2:14.89.

Poole was the hero of NC State’s title-winning and NCAA record-setting 400 medley relay at last year’s NCAA Championship meet. She stepped into a hole that the Wolfpack desperately needed filled, split six-tenths better than her flat-start lifetime best, and helped finish her team’s historic relay win.

Poole’s prelims time of 2:09.46 would have qualified for ever NCAA Championship meet in the past, though this year’s standards are expected to be generally faster. Her 200 IM mid-season time of 1:55.58, though, should leave her comfortably on track for an NCAA invite.