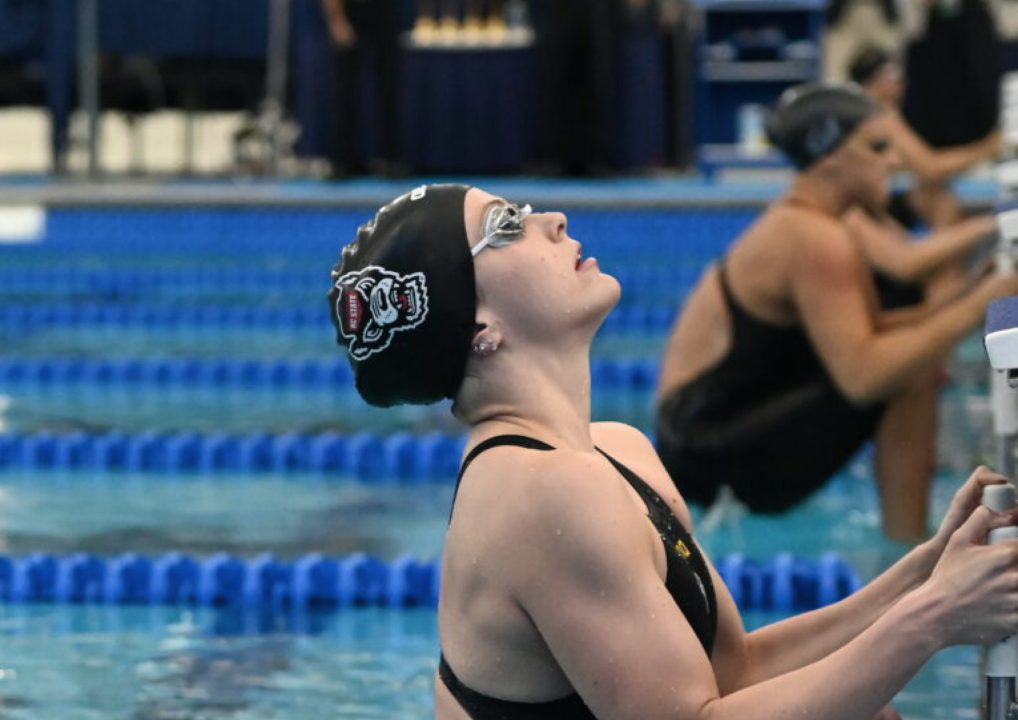 UNC hosted NC State for an North Carolina rivalry meet featuring off-distance races such as 150s and 300s. The Wolfpack won both the men’s and women’s meets handily. The outcome was much different from the last time NC State and UNC met in a dual meet (11/20), when the NC State men’s team beat UNC by just 11 points.

The best news of the night, however, was not in the pool, but on the deck. UNC senior Emily Grund, who was recently diagnosed with leukemia, made a surprise appearance on deck to cheer on her teammates. The appearance came shortly after Grund announced Wednesday that her leukemia has officially been declared in remission. Grund, an NCAA qualifier in diving, says she plans to return to the boards when she’s able to.

The Tar Heels cleaned up on the boards, sweeping both the men’s and women’s events. 2020-2021 All-American Aranza Vazquez won women’s 1m, but didn’t compete in 3m. In her absence, Paige Burrell took home the win in women’s 3m. Anton Down-Jenkins won both the 1m and 3m men’s events.

Katharine Berkoff kept the backstroke speed going, winning the women’s 50 back in 24.56, a tick faster than her relay lead-off. She then went on to win the women’s 100 back in 52.51. Similarly, Kacper Stokowski swept the men’s sprint back events, swimming a 21.79 in the 50, and 47.15 in the 100. Berkoff and Stokowski each swam the women’s and men’s 150 back respectively, but they swam the races exhibition (not for points). Berkoff was the fastest swimmer in the women’s field, touching in 1:23.01, while Stokowski led the men’s swimmers in 1:16.14.

Berkoff and Hansson are going to be insanely fast this year.

On Brett Hawke’s podcast with David Curtiss, there was talk by Curtiss on how he is working his 100 breast as his potential third event. I’d like to see a 200 medley breaststroke leg experiment eventually and have him swim that leg at a meet and replace his free leg with one of the many other freestyle sprinters. I think it could work out well.

Arsenio Bustos will be in for that leg