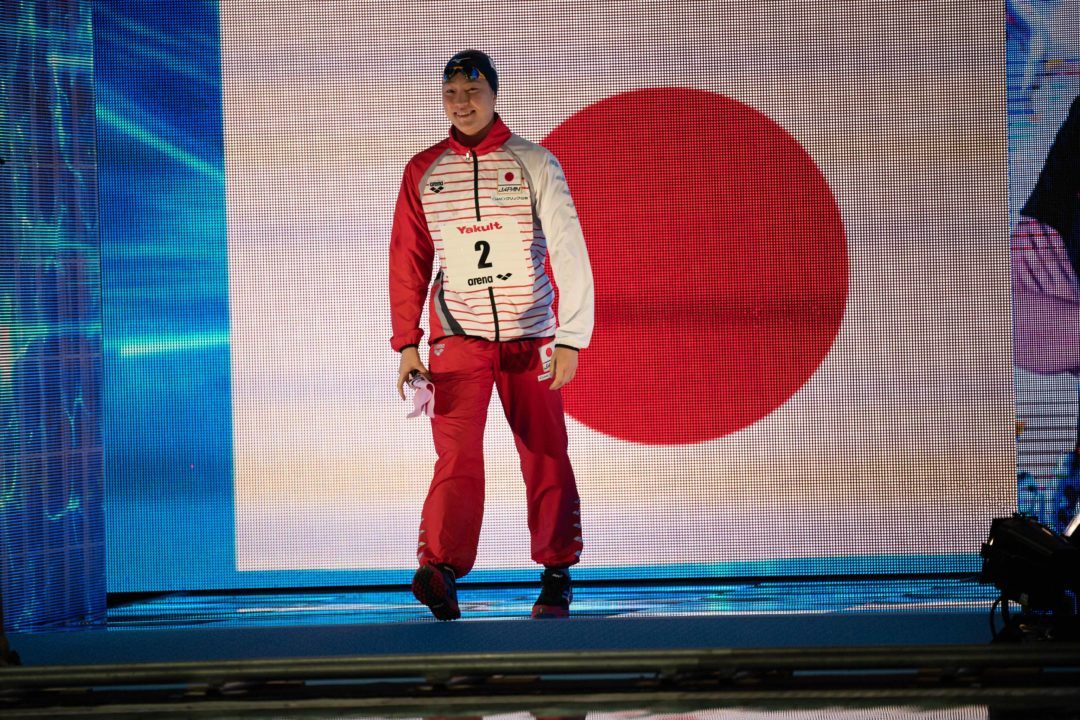 The 87th Japan High Schooling Swimming Competition wrapped up in Kumamoto, Japan, with the nation’s promising teen talent taking to the Aqua Dome pool.  Two meet records bit the dust over the course of the competition, one individually and one in a relay event.

First, in the individual event, Taikan Tanaka fired off a time of 49.38 to take the men’s 100m freestyle meet title, re-writing the competition record in the process. Clocking the only time under the 50-second barrier, Tanaka held on to top the podium in both this event, as well as the 200m free, where took gold in 1:49.13. That time also represented the only 2free outing of the field to go under the 1:50 threshold.

The relay record came in the men’s 4x100m free relay, where Xiangnan Gongda took the top prize in a collective effort of 3:23.26 for a new meet standard.

Rena Tajima claimed the women’s 100m fly gold, touching in a time of 59.39, while she also snagged silver in the 100m free in a time of 55.79. That latter time was only .04 outside of gold, which was taken by Sayuki Ouchi in a mark of 55.74. This is her 2nd consecutive 100m free win at the Japan High Schooling Swimming Competition.

Rio Olympian Natsumi Sakai proved her mettle in the backstroke events, taking both the 100m and 200m races handily. Sakai clocked 1:00.21 in the shorter distance to beat the field by over 1 1/2 seconds, while her winning effort of 2:10.96 in the latter cleared the ret of the swimmers by almost 3 seconds.