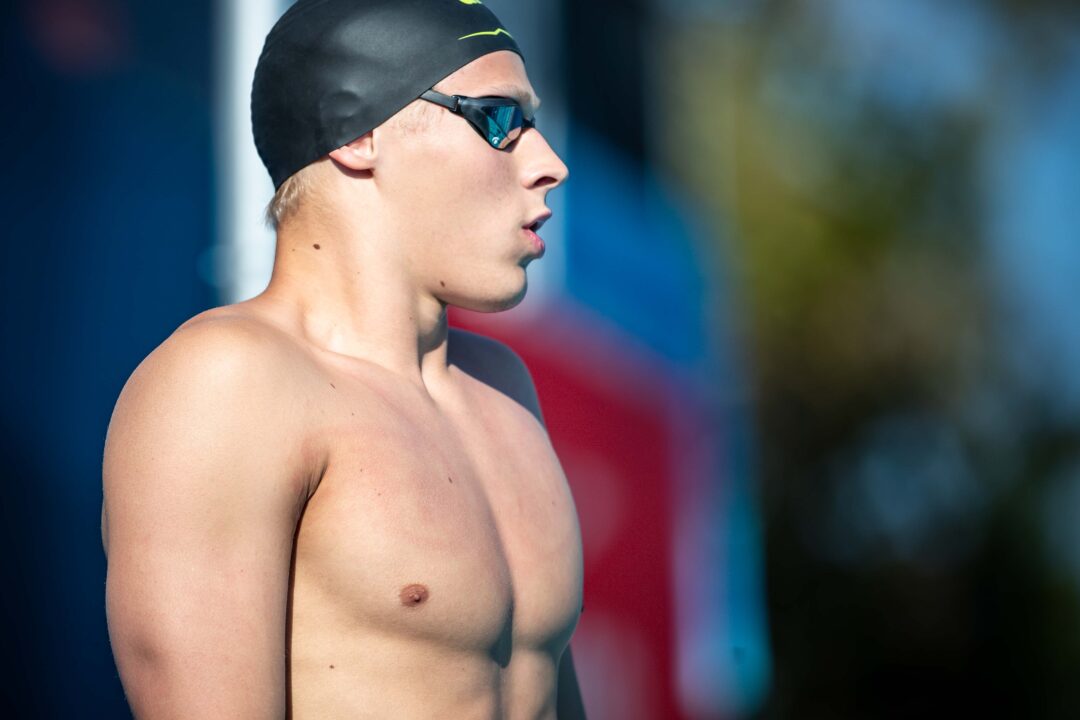 Nate Germonprez entered the meet as the #5 seed in the 200 breaststroke and #2 seed in the 200 free. He chose the latter on Thursday morning at Juniors. Archive photo via Jack Spitser/Spitser Photography

The 2022 Summer Junior National Championships has been one for the history books, and the penultimate day on Thursday shows no sign of slowing down.

There were two noteworthy scratches from the prelims session. In the boys’ 200 breaststroke to end the session, the #5 seed Nate Germonprez has scratched. He also has an entry in the 200 free, where he’s the #2 seed, on Thursday morning.

The only other high-seed scratch was Edward Huang of the California Dolphins. He was seeded 8th in 56.47 and has no other swims on Thursday morning.

He also scratched the 200 back earlier in the meet, and has one remaining entry, in the 100 back.

As for the swimmers who will race on Thursday, among the highlights are Berit Berglund seeking her first sub-minute swim in the 100 breaststroke, Singapore swimmer Nick Mahabir chasing another National Record in the 200 breaststroke, and 200 freestyle races that feature some of the biggest stars of the meet so far, including Thomas Heilman and Aaron Shackell (though both are behind the top seed Henry McFadden of the Jersey Wahoos).

Also, don’t sleep on the early heats of the girls’ 200 free: Alex Shackell, who has swept the butterfly races so far at the meet, will swim her final individual event there. The 15-year old is seeded with a yards time so is racing in heat 5 of 10, but her 1:46.37 personal best, plus the improvements she’s shown this week, put her in the mix for another top three finish.