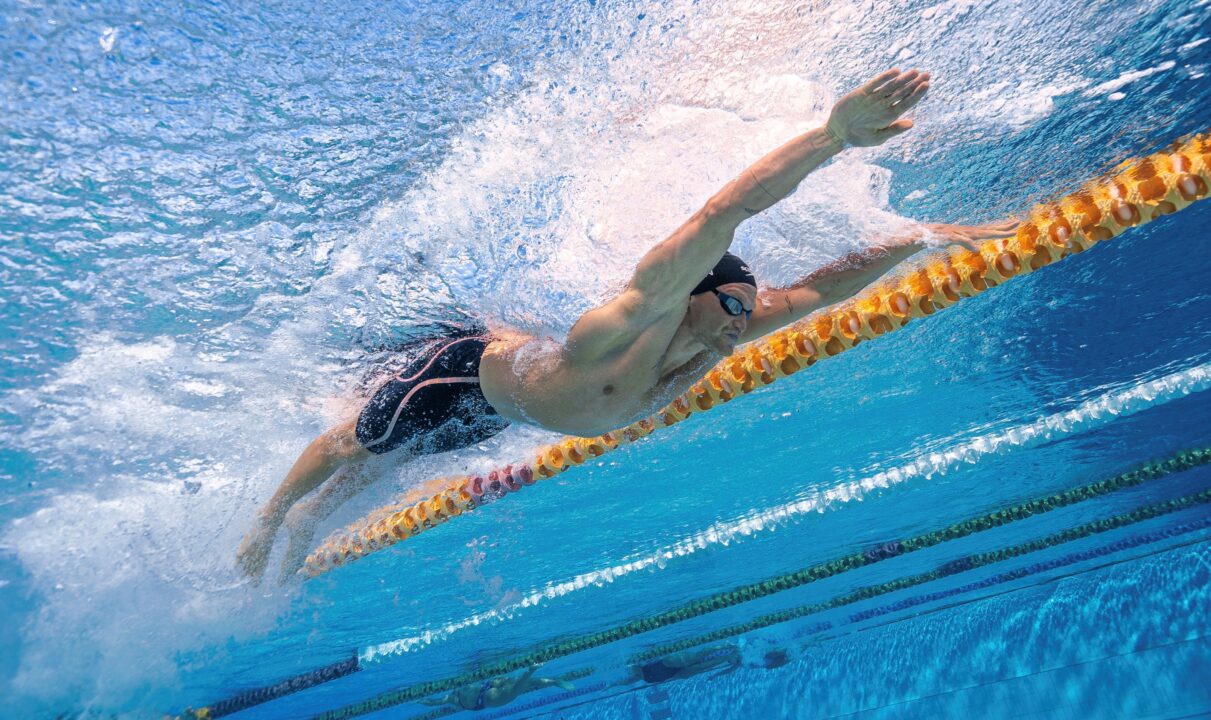 Having made an epic return to the pool, Cody has exclusively partnered with Speedo as he aims to compete at the Paris Olympic Games in 2024. Current photo via Speedo

Courtesy of Speedo, a SwimSwam partner.

Having made an epic return to the pool, Cody has exclusively partnered with Speedo as he aims to compete at the Paris Olympic Games in 2024.

The 25-year-old Australian is set to compete in the 100m butterfly when he makes his international debut at this week’s Commonwealth Games in Birmingham.

The singing swimmer, who also launched his latest album “Cody Simpson” earlier this year, will be an ambassador for Speedo Collections, while also competing in Speedo competition swimwear.

“It feels so natural to be in Speedo. I grew up with Speedo and spending so much of my life around water, I’m in them a lot,” said Simpson.

“It’s also great to be part of the Team Speedo elite athlete family, alongside the world’s best swimmers.”

By the Olympic year Speedo’s global swimwear range will be made with 100% sustainable textile, on its way to becoming Carbon Neutral by 2030.

This fits with Cody’s values; “I’m very conscious about the environmental impact we have on the planet’, says Cody.

“I want to minimise that myself and support all endeavours to do the same. Speedo’s commitments are exactly what we should all be doing; we both have big 2024 goals to go after!”

A passionate believer in swimming as a life skill that everyone should have access to, Simpson will also champion Speedo’s efforts to support programmes that address barriers faced by people and communities to become water safe.

“I was lucky to come from a swimming family and learnt to swim at a very young age. It’s meant I can enjoy a lifestyle that includes anything around water, going to the beach, being on a boat. Everyone should be able to swim and be water safe and we should all be united in this aim,” said Cody.

Speaking about the partnership, James Hickman, Head of Marketing, said, “Cody is a global music star and it’s exciting that he brings that profile to the world of swimming,” Hickman said.

“Cody and Speedo are aligned in many ways but fundamentally, he loves his Speedos. We are 100 percent behind his swimming goals and he’s going to play a key role in supporting our goals too.”