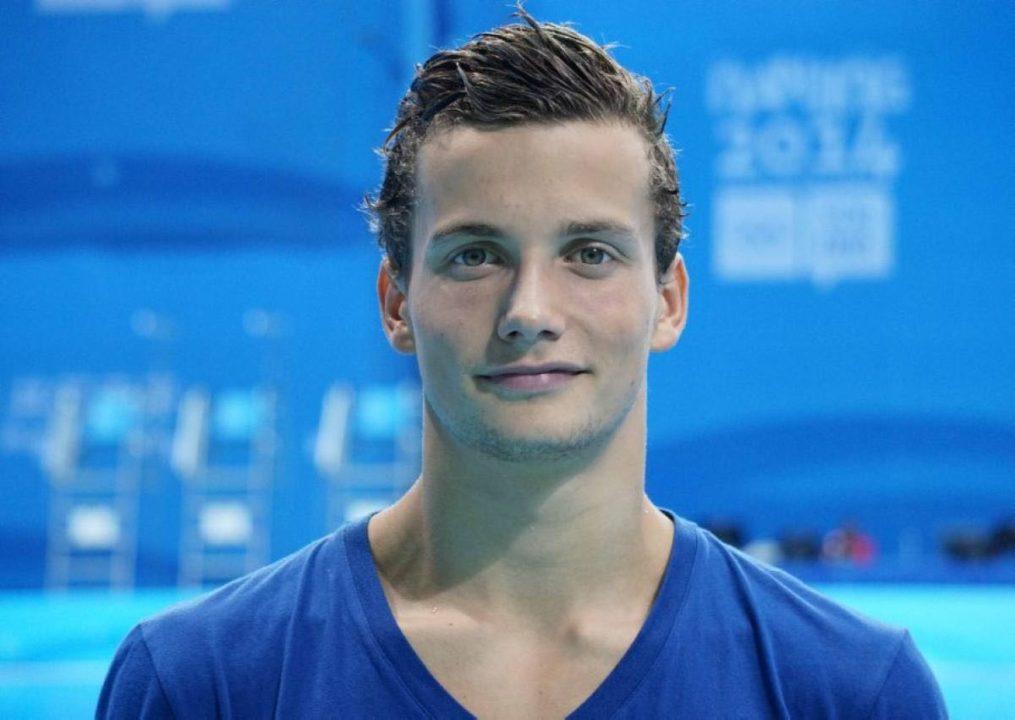 Dencausse holds, in total, 10 French NAG records. He holds records in the 50, 100, and 200 breaststrokes in both LCM and SCM for 17 year olds, as well as those same events in SCM for 16 year olds. He also holds the 100 SCM IM NAG record for 17 year olds. He has represented France at various international competitions, including the 2015 European SC Champs and the 2016 FINA SC World Championships.

“I am proud to announce my verbal commitment to Queens University of Charlotte. I am going to the United States to prepare for the 2020 Olympic Games in Tokyo and to get a business degree. It will be the beginning of a new life where I hope to accomplish my dreams. Go Royals!” (translated from French)

Dencausse’s SCM to SCY conversions are far more impressive than his conversions for LCM, which bodes well, as SCM times tend to be better indicators for SCY translation as SCM has the same amount of walls/turns as SCY.

Using his SCM to SCY conversions, Dencausse should have an immediate and huge impact for Queens at the NCAA level. He would have been second at the 2017 NCAA D2 Championships in both breaststrokes, while he would’ve been just off of 200 IM scoring.

Queens’ best sprint breaststroker, Rostyslav Fedyna, just graduated, while their top 200 breaststroker last year, Nick Arakelian, will graduate after the end of this season. Dencausse should slip in quite nicely to fill the gaps left behind.

Any D1 school would be happy with this signee also!

Queens is a great choice.

Queens has Bob Groseth, he’s the key piece there

He should have gone somewhere in the Rockies, besides swimming it seems he is also quite good on snow !
http://www.ladepeche.fr/article/2012/04/04/1322925-snowboard-jean-dencausse-dans-le-top-12.html