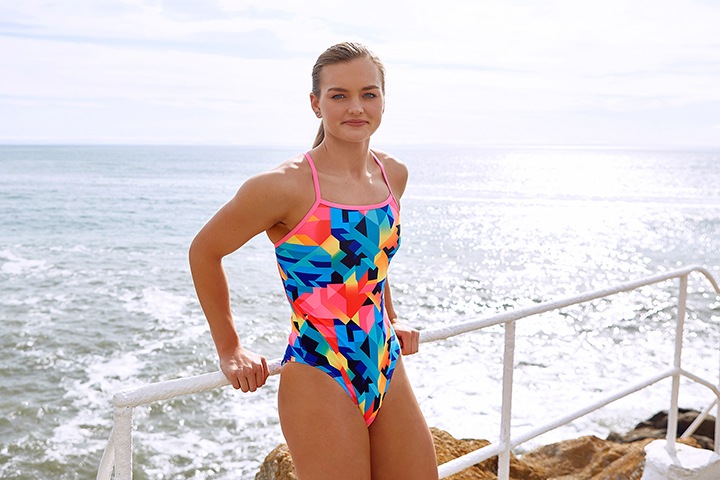 The swim for McSharry allowed her to further lower the Irish national record in the event from the 1:06.97 she swam during prelims. Archive photo via Way Funky Company

Day  1 of the 2021 Irish National Team Trials has wrapped up and the first round of semi-finals is out of the way. During night 1 finals, athletes contested 100 backstroke, 100 breaststroke, and 200 butterfly semis. As a reminder, Irish Trials values heats, semis, and finals swims equally in terms of Olympic qualification meaning that the 2 swimmers with the fastest times, should they be under the FINA A standards as specified below, across all three rounds of racing will likely be nominated to the squad.

The only woman to get under the Olympic selection cut during night 1 was Mona McSharry who again swam faster than the 1:07.07 she needed in the 100 breast. She posted a 1:06.29 to win the 100 event, improving upon the 1:06.97 she swam during the prelims. McSharry’s swim was also fast enough to bring the Irish record down another 0.90 seconds, having already broken her own mark of 1:07.10. That makes McSharry the only Irish woman in history to swim faster than a 1:07.00.

The swim for McSharry makes her the 7th fastest swimmer in the world this season, surpassing Lydia Jacoby‘s 1:06.38.

Niamh Coyne was the closest swimmer to McSharry during the semis, posting a 1:07.58 while Molly Mayne trailed with a 1:10.60 for third.

In the men’s event, the only swimmer to crack the 59.93 FINA A was Darragh Greene who was actually pre-qualified for the Olympics heading into the meet. Greene has gotten under the mark again during the prelims with a 59.76 and in the semis with a 59.86. The 56.76 prelim swim for Greene was also a new national record in the event. Both Eoin Corby and Nicholas Quinn were within a second, hitting a 1:00.15 and 1:00.83, respectively. The two will battle it out one more time during the finals as they each search for Olympic qualification.

In the 100 backstroke, Danielle Hill managed to notch a new national record with a 1:00.48 to improve upon her own mark of 1:00.90 from back in February 2020. That swim was two and a half seconds faster than the 1:03.07 that she swam during the prelims but was still short of the 1:00.48 Olympic qualification mark. Rebecca Reid and Maria Godden were the second and third fastest semi-finalist, hitting a 1:03.64 and 1:04.10, respectively.

On the men’s side of the 100 back, Olympic qualified Shane Ryan was a bit slower than the 53.85 mark which he hit in the prelims as he swam to a 54.91 for second place in the semis. Ryan, like Greene, was already qualified to swim at the Olympics. Conor Ferguson dropped from a 54.67 to a 54.32 for top seed heading into the finals and will need to shave another 0.40 seconds to add his name to the Olympic roster.

In the men’s 200 butterfly in Brendan Hyland and Paddy Johnston got under the 2-minute mark with a 1:57.85 and 1:59.76, respectively. Both of those swims for Hyland and Johnston were faster than their prelims swims and got them a little bit closer to the 1:56.48 selection standard.

That is just amazing 🍀🇮🇪Grace