Momentum Points: London Roar Could Go +20 on Energy Standard in a 2-Event Swing 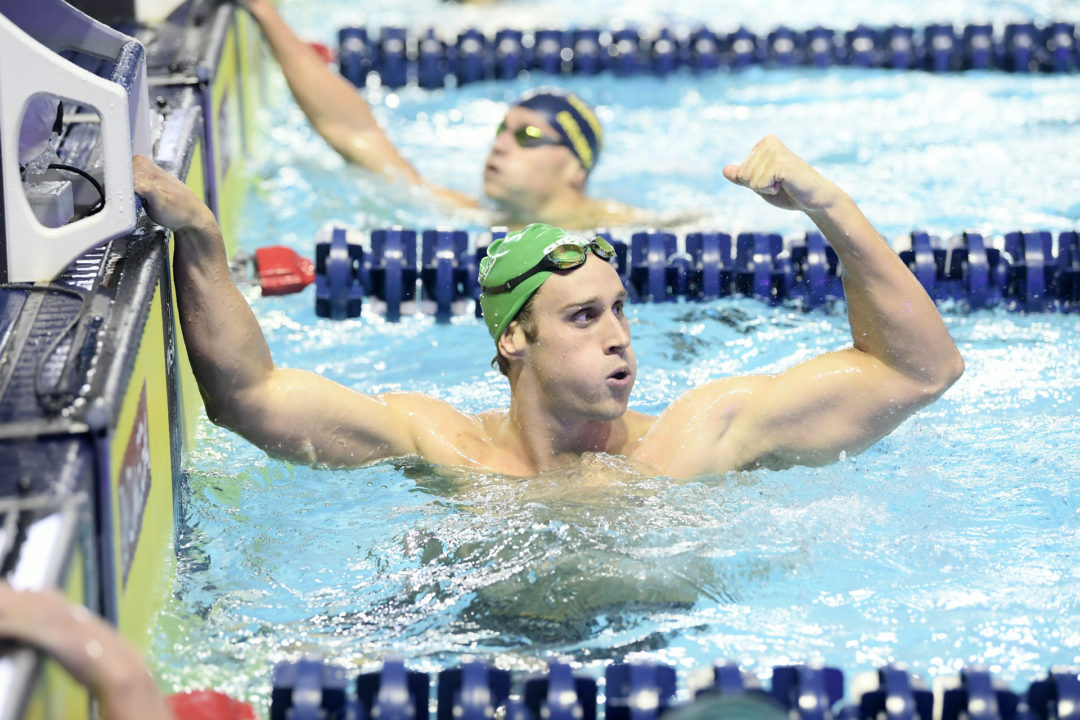 Alexander Graham (above) has turned into a surprise hero for the London Roar this season, having swum the 3 fastest winning times in the 200 free so far. Archive photo via LaPresse - Fabio Ferrari

On day 1 of the 2019 International Swimming League finale, if the projections hold and the meet becomes a battle between the two European teams, London Roar and Energy Standard, day 1 will have a pivotal moment that could drastically swing the momentum of the meet.

The back-to-back races of the men’s 200 free and women’s 50 backstroke are a big strength for the London Roar and a relative weakness for Energy Standard. Based on SwimSwam stats guy Barry Revzin’s pre-meet projections, based loosely on best times but with a little bit of ‘mathematical fuzziness’ built in, those two races alone could be a +20 for London Roar.

Meanwhile, at the European Derby that closed the regular season, Energy Standard’s top finisher was Chad le Clos in 1:44.57. While that placed 4th in that race, the two American teams bring a lot of depth, and with Blake Pieroni and Andrew Seliskar of the LA Current swimming, Le Clos is in danger of sliding to 7th or 8th place in that event.

Their 2nd swimmer at the European Derby was Ivan Girev, who was 1:44.0 in Naples, but just a 1:46 in London – which would almost certainly be last place at this weekend’s meet if repeated.

Energy Standard needs to find a way to at least sneak into middling positions in that event, something like a 4-5 position, to hold serve. They’ll count on one of the most-hyped names of the ISL season, Chad le Clos, to step up in a crucial moment and help halt that momentum.

Things don’t get much better in the next race, the women’s 50 backstroke, where London Roar’s Minna Atherton is a big favorite after nearly breaking the World Record earlier in the season. The London Roar went 1-2 at their meet in Budapest, with Holly Barratt having performed as well, or better, than anybody could’ve expected this season.

Energy Standard, meanwhile, have Georgia Davies and Emily Seebohm to throw at this race. At the European Derby, Davies was 3rd in 26.45 and Seebohm was 6th in 26.75, but again this is a case where the American teams will bring a lot of very good swimmers like Beryl Gastaldello (Current), Kathleen Baker (Current), Olivia Smoliga (Condors), and Kylie Masse (Condors). At her best, Seebohm is capable of winning this race, but she hasn’t shown the same electricity that many Australians have been this season.

While at the European Derby, the margin was just 27-15 in favor of London in this two-race brace, everything changes at this championship meet, where we almost certainly will see big names and stars of prior meets finishing in 7th or 8th place, just because of the depth of the competition. If Energy Standard, who are undefeated so far this season, want to ride that streak to the title, this will be a crucial moment for them on day 1.

(That, and not disqualifying any relays).

I’m extremely excited to see how this plays out! Sadly do not have a ESPN3 account ..

Winnington is the clear choice for the 200 free imo. His time so far is right up there with Graham’s, and he likely doesn’t have many events to swim (400 free and men’s free relay being the obvious other choices). Gotta save Scott because there are a lot of other more gaping holes he could fill.

Hopefully Roar can get a much needed 1-2 there.