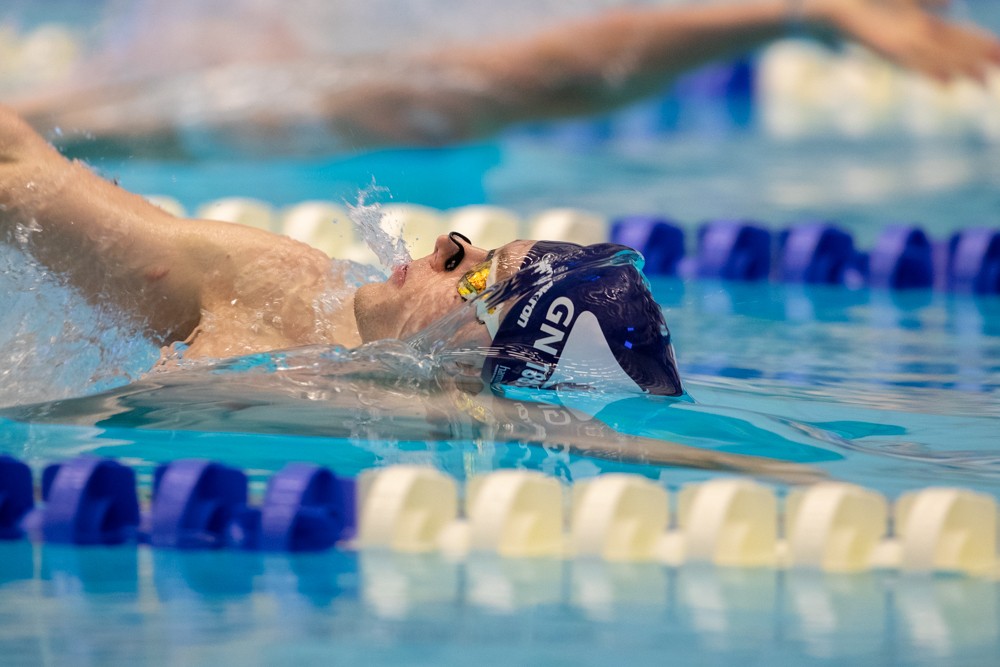 18-year-old Roman Mityukov got the job done in the men's 200m backstroke in Uster tonight. Archive photo via “Rafael/Domeyko Photography”

Roman Mityukov collected a new National Record in the men’s 200m backstroke while competing on day 3 of the Swiss Long Course Championships. This morning in heats, the 18-year-old produced a top-seeded effort of 1:58.65 to represent his first time ever under the 1:59 second threshold. In fact, he represented the first Swiss swimmer ever to accomplish that feat.

Headed into this meet, Mityukov’s personal best and NR rested at the 1:59.23 he threw down for bronze at last year’s European Junior Championships. In the heats here in Uster, however, Mityukov managed to fire off 1:58.65 to enter new territory and claim lane 4 for the final.

This evening, Mityukov couldn’t capture the same magic, settling for 1:59.06. That was still enough for gold and would have still dipped under his previous lifetime best.

Lisa Mamie highlighted the night as well, capturing two back-to-back wins to add to her hardware haul from these championships, Mamie took the 400m IM first in a time of 4:53.23, then immediately wrangled up the win in the 50m breast in 31.78, a new Meet Record time.

Youngster Antonio Djakovic also took another win here in Uster, following up his impressive 400m and 200m free victories with the 100m free gold tonight. He notched a winning time of 49.84 to earn the only sub-50 second outing of the field.

Tonight marks the first time the 16-year-old has dipped under the 50-second barrier in the event, representing a big milestone for the teenager.