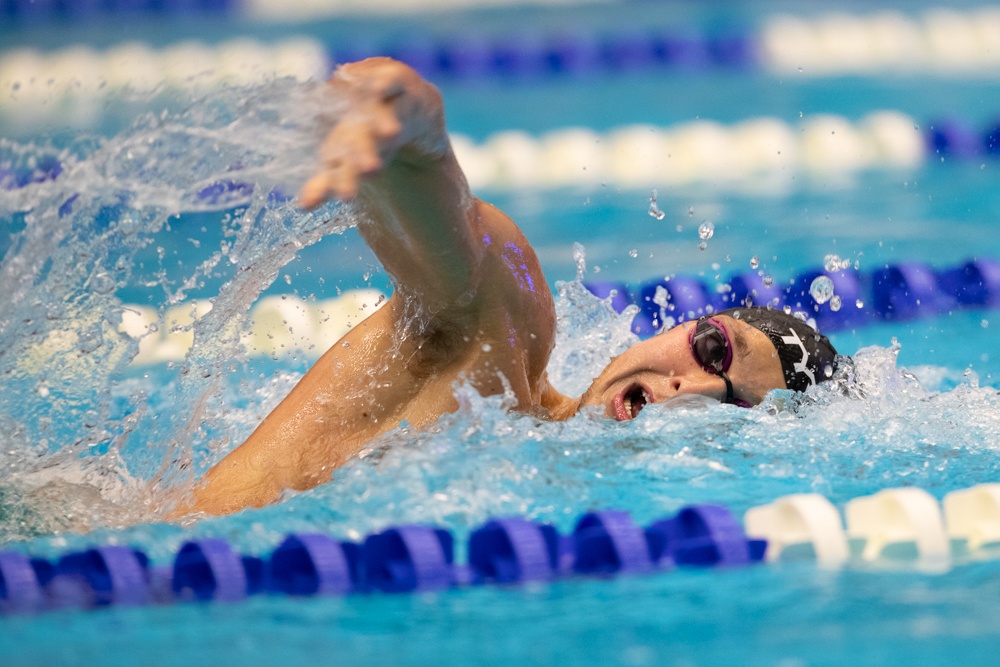 Swiss swimmer Antonio Djakovic followed up his 400m free from night 1 with another big swim this evening, wracking up the gold in the 200m free event. Archive photo via “Rafael/Domeyko Photography”

Day 2 of the Swiss Long Course Championships saw another National Record bite the dust, courtesy of breaststroker Lisa Mamié. Mamié notched a new Meet Record in the event in the morning with a time of 1:08.44 in prelims. But, the 20-year-old wasn’t satisfied, crushing that mark with the first sub-1:08 outing of her career.

Splitting 31.93/35.66, Mamié logged a winning time of 1:07.59 for the gold. That places her in the top 15 swimmers in the world this season. You can read more about her Swiss National Record-breaking performance here.

Uster’s Antonio Djakovic followed up his 400m free from night 1 with another big swim this evening, wracking up the gold in the 200m free event. Touching in 1:48.65 this morning to take the top seed, Djakovic shaved off another .08 to stop the clock at 1:48.57 tonight.

At just 16, Djakovic’s time checks-in as the fastest of his career, taking over his previous lifetime best of 1:49.36 from a year ago. His performance bumps him up to become the 2nd ranked 18&U in the world in this event, sitting only behind America’s Gianluca Urlando. Urlando holds the fastest mark for 18&U of 1:47.73.

I can go faster running