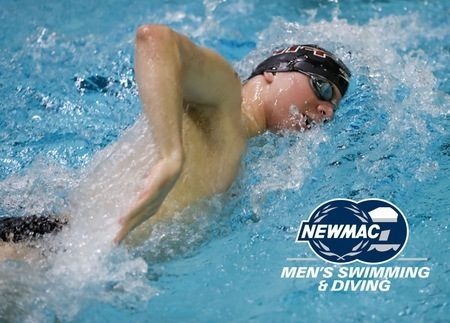 WESTWOOD, Mass. – In the New England Women’s and Men’s Athletic Conference (NEWMAC) men’s swimming and diving preseason coaches’ poll, which was released by the league this morning, the MIT men’s swimming and diving team was picked the win the conference championship for the 11th straight year. The Engineers earned six of a possible seven first place votes, with each head coach not allowed to vote for their own team. The Engineers will be guided by fourth-year head coach Dani Korman.

Last season, MIT won the NEWMAC Championship for the tenth consecutive year and finished in fifth place with 252.50 points at the NCAA Division III Championship, which marked the tenth straight top-10 finish and sixth time in history that the Engineers have finished fifth or better at nationals. The men’s swimming and diving program earned 37 All-Conference honors, won 14 of 20 contested events and set three NEWMAC meet records at the conference championship and followed that performance up with 34 All-America honors at the NCAA Championship.