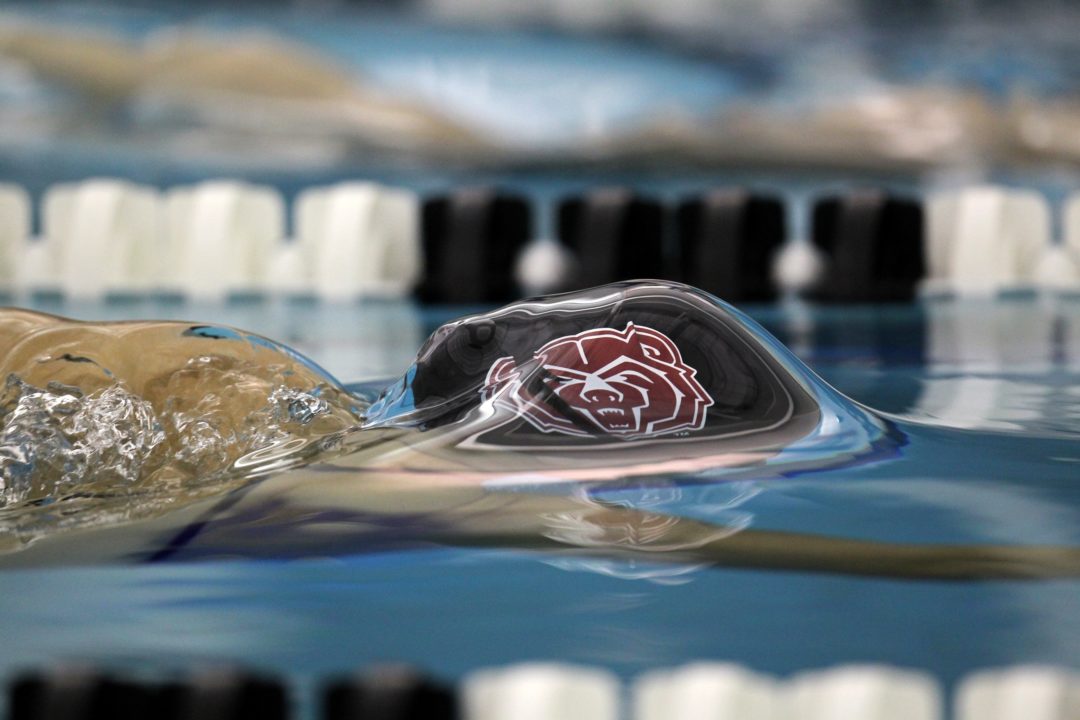 The swimming and diving team’s signing class is made up entirely of women, who will help fill the void of the Bears’ eight seniors who will bow out following the conclusion of the 2016-17 season.

“We are ecstatic with how this year’s women’s recruiting class is shaping up,” Collins said. “The success of this recruiting cycle has a lot to do with the hard work and dedication of assistant coach Chelsea Dirks-Ham. Her efforts of identifying and connecting with this special group of student-athletes is a big reason why they will be on campus next August.”

The five swimmers set to join the Bears in the 2017-18 season hail from Oklahoma, Missouri and Iowa and are projected to bring more speed and big points to the women’s program next season. The two divers from the signing class come from Missouri and Indiana and will begin training with diving coach James Huelskamp at the beginning of the 2017-18 season.

“This group of talented ladies not only have great credentials in the pool and on the boards, but academically as well. Academic goals and focus are at the forefront of many of the discussions we have had with them. I look forward to each of them coming to Missouri State and leaving a lasting legacy of success during their college careers.”

Taylor Beadle • 5-8 • Free • Muscatine, Iowa • Muscatine High
The fifth-ranked swimmer in Iowa according to CollegeSwimming.com, Beadle holds four records at Muscatine High School in the 200 and 500-yard freestyle as well as the 200 and 400yd free relays. Competing for the Angels only her freshman and senior year, she earned first-team all-district honors in the 200 and 500yd free and second-team honors in the 200 and 400yd free relays her senior season. Thanks to her efforts in the 200yd free, the senior was an Iowa Girls High School consideration for All-American. As a junior, Beadle was named a USA Swimming Scholastic All-American, competed at the 2016 USA Swimming Futures Championships, and was a Winter Junior Nationals and NCSA Junior Nationals Qualifier. Beadle also qualified for the NCSA Junior National Championships as a sophomore with her club team, the Iowa Flyers.

Dirks-Ham on Beadle:
“We are very excited to have Taylor joining our program. Taylor is a versatile freestyler, who we will be counting on in the middle distance events from the day she steps on campus. Taylor has the credentials to become an instant point scorer for us at the conference level.”

Madison Brown • 5-5 • Back • Chesterfield, Mo. • Parkway Central High
A three-time all-conference and all-state honoree, Brown hails from Chesterfield, Mo., and is the fifteenth-ranked swimmer out of Missouri for the class of 2017 according to CollegeSwimming.com. Her junior year, she set the school record in the 100yd backstroke and 200yd medley relay while boasting an 8-3 record on the season. Captaining the Colts, Brown finished second at the Suburban Central Conference meet in both the 200 and 500yd free while leading her team to a second place finish in the conference. As a sophomore, Brown finished first in the 100yd back and 100yd butterfly at the SCC meet and fifth in the 100yd back at state. She kicked off her high school career with a bang, finishing fourth at state in the 100yd back while holding an 8-2 record in the league. Brown is a member of the Parkway Swim Club.

Dirks-Ham on Brown:
“Madison is very excited to begin her collegiate career at Missouri State. She will come in and add to our depth in our backstroke events. We have a lot of pride in the success that our backstrokers have had at the MVC Championship and Madison will help us continue that tradition.”

Libby Howell • 5-6 • Free • Bixby, Okla. • Homeschool
Younger sister of current Bear Quincy Howell, Libby Howell is set to join the Bears in the 2017-18 season. She has been a prominent member of the Swim Tulsa club team where she has seen competition in come of the top meets in the country. Howell, the top ranked swimmer out of Oklahoma, competed in the 2016 USA Swimming Futures Championships where she placed 8th in the 800m free. Howell competed at both the Region VIII Spring and Summer Sectionals where she placed fourth (Summer) and fifth (Spring) in the 800m free. Her top finishes of her junior season for Swim Tulsa were at the Elite meet where Howell placed third in both the 200 and 500yd free.

Anna Miller • 5-8 • Free • St. Louis, Mo. • St. Joseph’s Academy High
A two-time academic scholastic All-American, Miller brings plenty of speed to the Missouri State swimming and diving program. The soon-to-be Bear swam her freshman and sophomore year at St. Joseph’s Academy High and has been a standout member of the Rockwood Swim Club for the past four seasons. This summer she placed second in the 50m free and fifth in the 100m free at the 2016 USA Swimming Futures Championships. A year earlier, Miller finished second in the 50m free at the 2015 Future Championships, posting a time of 26.64 seconds. As a freshman, Miller set the 50yd free school record and placed first in the event at the Region VIII Sectionals. She was part of the St. Joseph Academy state champion 200yd free relay team and helped lead her team to a conference championship in 2014.

Collins on Miller:
“Anna is an incredible talent that we are very excited about. With her times in the sprint events and ability to positively impact relays, she has the potential to be a major point scorer for us immediately. Equally as impressive as her sprint times, is her commitment to academics and the positive energy she will bring daily. I knew early on in the recruiting process with Anna that she would be a great addition to our program.

Dayana Popa • 5-9 • Diving • Noblesville, Ind. • Noblesville High
A three year letterwinner at Noblesville High School, Popa has competed at the national level several times, including a sixth-place finish on the 1-meter board and a tenth-place finish on the 3-meter board at spring nationals. As a sophomore, the Noblesville, Ind., native placed sixth in the state, breaking the 11 dive school record. In her freshman season, she placed fourth conference and was a participant in the Indiana state meet. Popa is a member of the Indiana International School of Diving club team led by Sean McCarthy.

Huelskamp on Popa:
“I was so excited when Dayana reached out to me shortly after competing at Summer Nationals, on both the one and three meter boards. Dayana is a dedicated and well trained athlete, who is also a true ambassador for the sport of diving. I am looking forward to having Dayana join us on campus next fall and I am excited to be a part of her collegiate career.”

Lily van Biljon • 5-6 • Back • Wildwood, Mo. • Lafayette High
A three-year letterwinner at Lafayette High School, van Biljon competed for the Lancers her freshman, sophomore and senior seasons. In February of 2015, she earned Athlete of the Month honors before competing at the 2015 Junior Nationals Championships with her club team, the Rockwood Swim Club. On Mar. 21, 2015, van Biljon posted her fastest time of 26.93 seconds in the 50yd free at the 2015 NCSA Junior Nationals.

Collins on van Biljon:
“I’m very excited that Lily is a Bear! She is a perfect fit for our program as her upbeat personality and great work ethic will be infectious on the pool deck. She has the ability to score big points in the backstrokes at the MVC Championships and we will be leaning on her to do so in the future.

Ashley Yarbrough • 5-6 • Diving • Ballwin, Mo. • Marquette High
Yarbrough, the 2016 Missouri state diving champion, hails from Chesterfield, Mo., where she competed for Marquette High School. Yarbrough has earned first-team all-conference honors all three years she has competed in for the Mustangs. Her sophomore season, the diver broke the 6 diving record and went on to break the same record a year later in her junior season. She earned her first state diving crown her junior season after finishing second in the state her sophomore year. While competing for her club team, Clayton Diving Alliance, she qualified consistently for zone competitions on both the 1-meter and 3-meter boards.

Huelskamp on Yarbrough:
“I had the privilege to watch Ashley dive this past summer at Summer Regionals and her Zone championship. Ashley being the 2016 Missouri High School State Champion showcases her strong competitiveness, which will be a game changer for our program next year. I am looking forward to working with her and watching her grow throughout her college career.”