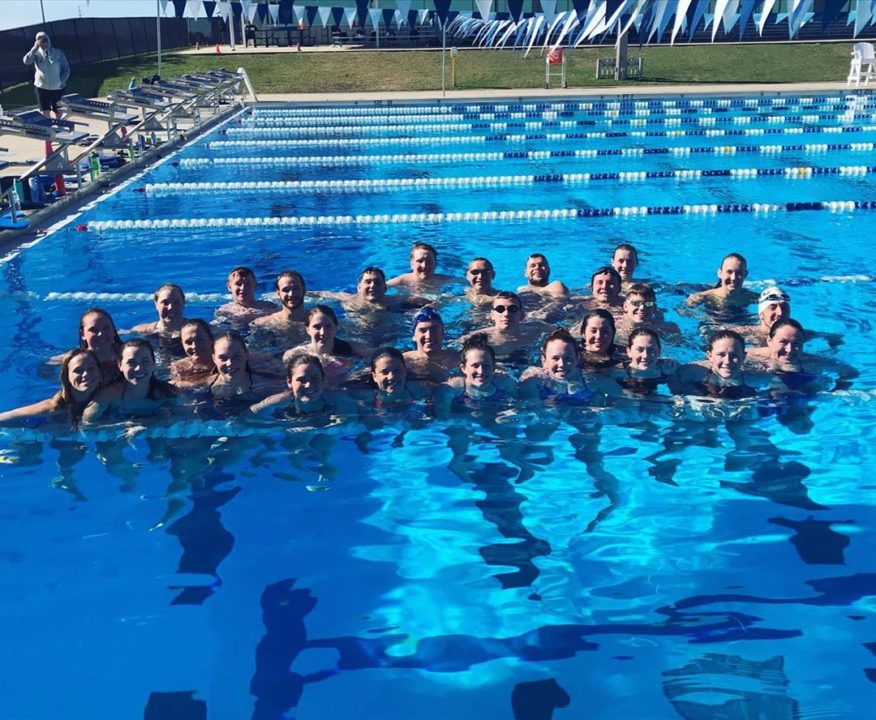 The Misericordia Cougars are back at it in 2020 with their annual training trip, this year to Orlando, FL. The cougars spent the week of January 2nd through 8th training at the National Training Center in Clermont, FL, and used their free time to go to local attractions like Disney Springs and Universal.

Senior captain Kaitlyn Weatherby put together a video highlighting both their training and their excursions away from the pool. The video features footage of the team activities, as well as a fun blooper reel at the end.

The cougars, led by first-year head coach Alexander Taylor, are in the midst of an already record-breaking season. The women’s team boasts a 5-1 dual meet record at the mid-season mark, and freshman Camryn Hubric broke their school record in the 50 freestyle at the Ranger Invitational in December.

The cougars have upcoming dual meets against Wilkes, Marywood, and King’s, and a tri-meet against Messiah and Albright before closing out the season at the Middle Atlantic Conference (MAC) Championships.