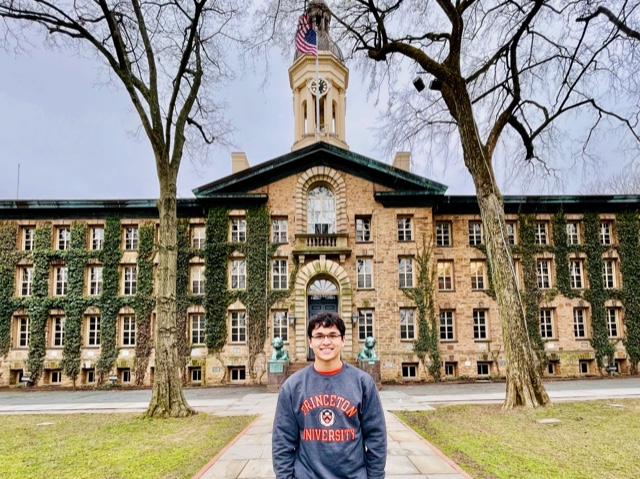 James Pan will join the Princeton men's team in the fall of 2022 with times already fast enough to score at Ivy League Championships. Current photo via James Pan

“I am extremely excited and honored to announce my commitment to the application process at Princeton University! I am especially grateful to my family, coaches, teachers, teammates, and friends for their amazing support and encouragement throughout this journey. Princeton is the perfect place for me to achieve my goals both academically and athletically. I believe that both Coach Crispino and Coach Lennox have a strong vision for the team and each swimmer. Go Tigers!🐯”

Pan will join Denmark’s Lucas Strobek in the Princeton class of 2026. The Ivy League canceled its 2020-21 season but in 2020, Pan would have been an A finalist in the 100 breast and a B finalist in the 200 breast and 200 IM at the Ivy League Men’s Swimming and Diving Championships, where the Tigers finished second. Placing 3rd in the 100 breast and 5th in the 200 breast at that meet was then-junior Corey Lau, who also hailed from Minnesota. Princeton senior Derek Cox won both events.

One of Pan’s goals is to improve his fantasy football bracket. A huge Viking fan, he loves watching football but has yet to put together a winning bracket. He’s also a fan of cooking shows and anime.

Wow great addition. Welcome! You have a long line of Princeton alumni who will cheer for you when you swim and help support you as you move forward in life. You’ve made a great decision for the next 4 and 40 years.

Wonderful news all around. Looking forward to seeing the races at DeNunzio.

Congrats’ to James, Coach Matt, and Coach Doug! Can’t wait to see what James’ progress throughout his time at Princeton!

Great pick up for the Tigers!

Wahoooo! Excited to see James tear it up!

Good choice – enjoy every minute of it!