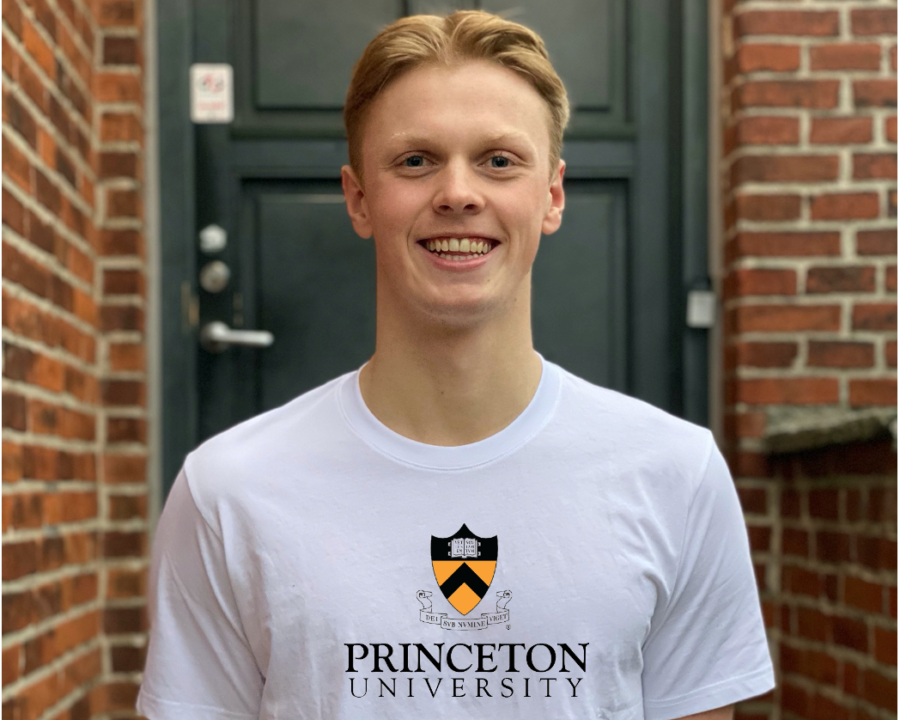 Danish national teamer Lucas Strobek has announced his verbal commitment to the application process at Princeton for 2022-23 and beyond. Current photo via Lucas Strobek

Lucas Strobek, who hails from the Copenhagen suburb of Hellerup, has made a verbal commitment to the application process* at Princeton University.

“I am super excited to announce my verbal commitment to the application process at Princeton University where I will continue my athletic and academic career. I want to thank my coaches, family and friends who have supported me along the way. I chose Princeton because it offers the best opportunity to combine world class academics with a competitive swimming environment. Princeton University is the perfect place for me to achieve my goals both academically and athletically. I am also very excited to see how far Coach Crispino and Coach Lennox can take the program and I am excited to be a part of it. I believe they have a strong vision for the team and we share many of the same values. In addition, I am eager to build an international swimming hub & NCAA Top 10 program with Coach Matt & Coach Doug. Go Tigers!”

Strobek is currently a senior at Falkonergarden High School. He is reclassifying to the class of 2022 and plans to join the Princeton men’s swimming and diving team’s class of 2026 beginning in the 2022-23 school year.

Strobek represented Denmark at the 2019 European Junior Championships in Kazan last summer. He was a top-10 finisher in both the 200m IM and 400m IM and made semi-finals in the former. His 2:03.82 in the 200 ranks him as the #2 all-time Danish junior swimmer in the event.

Strobek will overlap one year with Raunak Khosla, who is sitting out a year after having won both the 200 IM and 400 IM at the 2020 Ivy League Men’s Championships. Strobek’s best converted times would have scored at last year’s conference meet in the A final of the 400 IM and the B finals of the 100 back, 200 back, and 200 IM. His best 100/200 free relay splits will make him an asset to the Princeton relays, as well.

It will a long time before Tiger fans forget Josh Glantz. (cf. Good-bye Columbus). Or was it Jeremy? Never could tell those two apart!

Great pick up for the Tigers! Looking forward to seeing how he can translate his success from SCM to SCY!

Welcome to being a Tiger! Great choice.

Great recruit! Looking forward to seeing him compete for PUCSDT.

I always feel like these meters to yards swimmers do really well. What a great catch for Princeton.