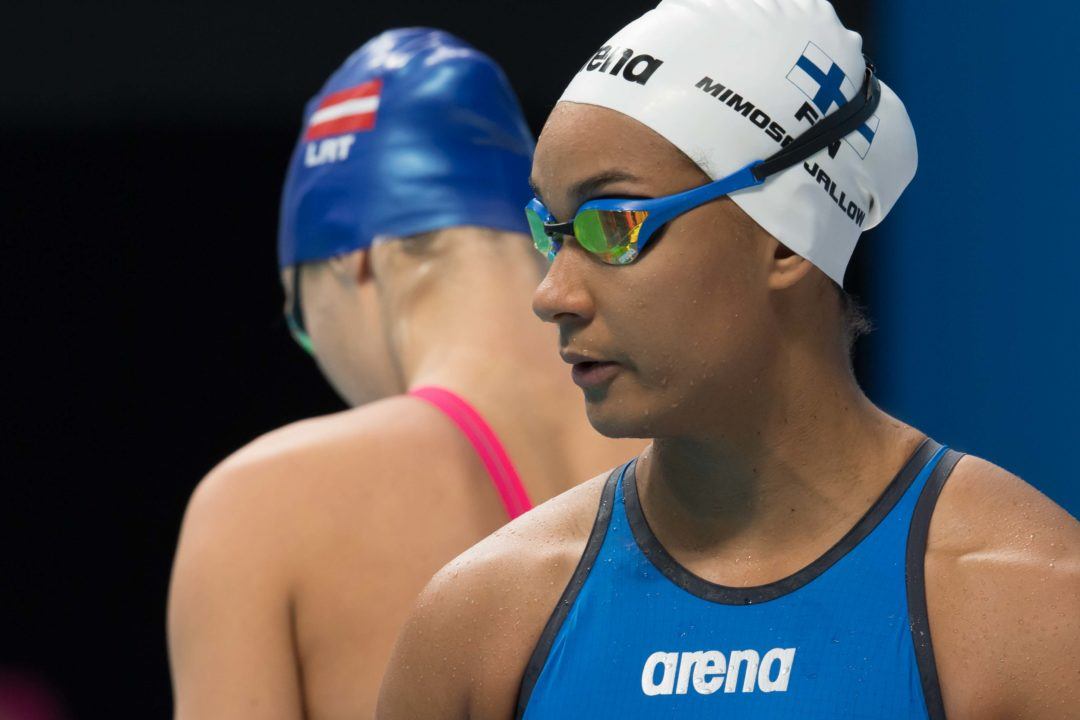 The third of four days at the Swim Open Stockholm saw hometown favorite Sarah Sjostrom win her third event of the meet, taking the women’s 50 free in a time of 24.08. She improves upon her season best of 24.24, and moves up from 5th to 3rd in the world rankings for the season. She also picked up wins in the 50 and 100 fly on days 1 and 2, and well look to go 4-for-4 tomorrow in the 100 free.

Coming in for 2nd was Finland’s Mimosa Jallow, clocking a time of 24.90. That swim makes her the first Finnish women to ever crack the 25-second barrier, as she lowers the national record of 25.06 set by legend Hanna-Maria Seppala both at the 2008 Olympics and 2013 World Championships. Jallow has been impressive in Stockholm, with this silver medal performance adding to her medal haul of two golds from the first two days in the 50 and 100 back.

Other notable names picking up wins included Belgium’s Pieter Timmers, Russia’s Daria Ustinova and Germany’s Sarah Kohler. Timmers, the 2016 Olympic silver medalist in the 100 freestyle, won his signature event in 48.87, with Poland’s Kacper Majchrzak taking the runner-up spot in 49.33. Ustinova went 1-2 with countrywoman Polina Egorova in the women’s 200 back, as the two put up times of 2:09.41 and 2:11.97. Kohler continued the impressive string of German swims in the distance free events, winning her second event of the meet in the 400 free in a time of 4:07.26.