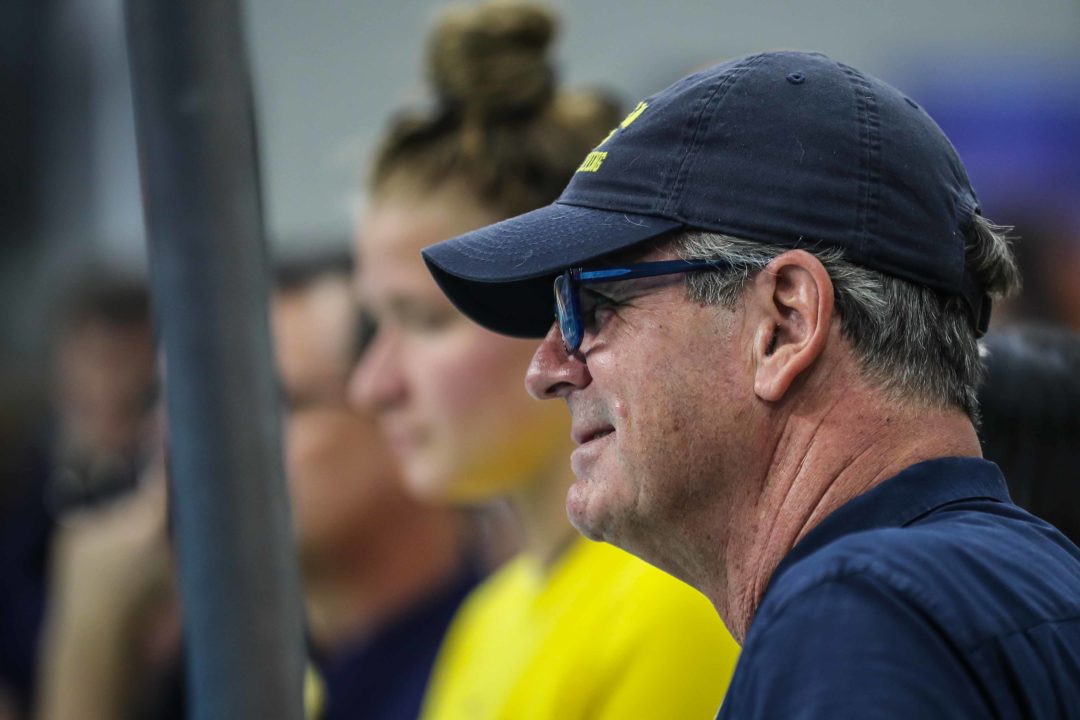 On the podcast, the Michigan head coach Mike Bottom discusses communication, culture-building, and learning from his student-athletes. Archive photo via Jack Spitser/Spitser Photography

Michigan head women’s swimming & diving coach Mike Bottom was featured on a podcast this week produced by the Executive Education program at the Stephen M Ross School of Business and the University of Michigan Athletic Department.

In the series, Bruce Madej and industry expert Kim Cameron talk to members of the University of Michigan community in an attempt to connect the dots between sport, academic study, and a broader ideal of ‘success’ that binds them all together.

Bottom has been the head coach of the University of Michigan men’s swimming & diving team since 2008 and added women’s head coaching responsibilities to his resume in 2013. He led the men’s team to the NCAA title in 2013. From 1997-2008, he was co-head coach off the men’s team at Cal, and has also served as an assistant with elite programs at USC and Auburn.

In the 30 minute podcast, Bottom discusses “learning from his student-athletes, assembling an effective leadership team, communicating meaningfully and efficiently and building a culture that goes beyond just the realm of sports.”

Listen to the full podcast below:

Wow very impressive for Coach Bottom to be on a Business Podcast. He is obviously very intelligent, diverse and a outside the box thinker!