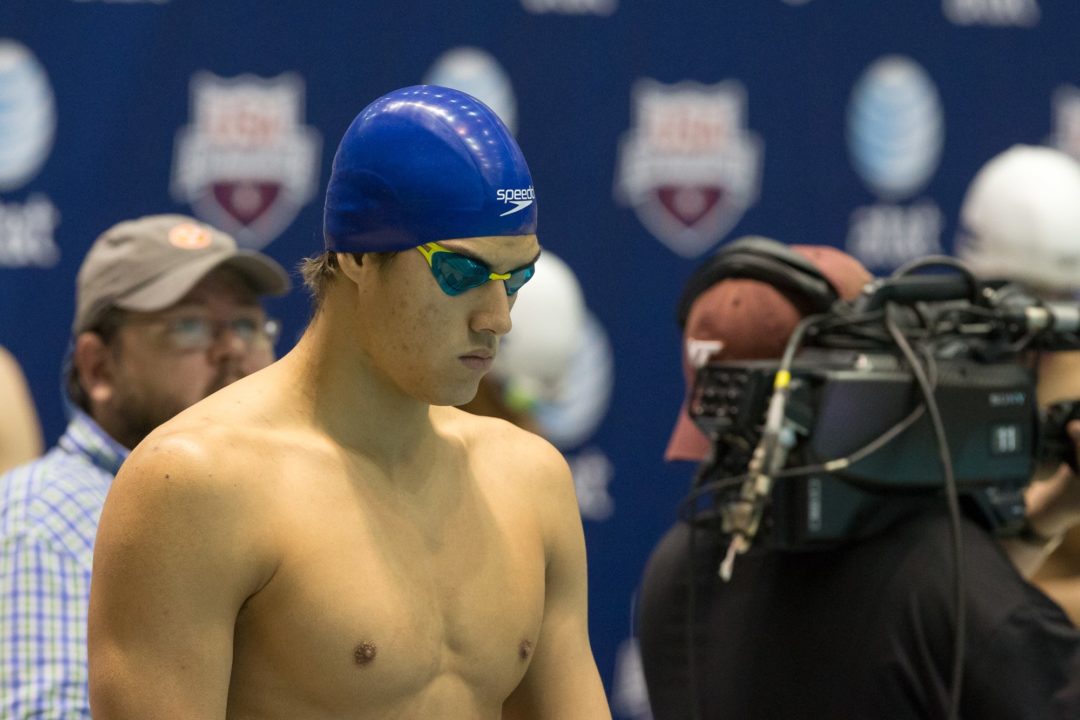 The Michigan men continue to soar in their quest for a fifth-straight Big Ten Conference title. On day 3, they expanded their lead to 81 after leading by 70 at the close of day 2. Archive photo via Tim Binning/TheSwimPictures.com

Ohio State continues to be the biggest challengers, using their deep, well-rounded roster to combat Michigan’s dominance at the top. The Buckeyes are starting to put some distance between them and third-place Indiana as well, as the Hoosiers are now 76 back of runner-up honors.

The day was marked by big Michigan-OSU battles in the first several events, with each team taking two individual races.

Michigan won the 400 IM (Dylan Bosch) and 1-2’d the 100 breast (Bruno Ortiz and Richard Funk) to continue to expand their lead, but Ohio State’s wins in the 100 fly (Matt McHugh) and 200 free (Josh Fleagle) kept the Buckeyes afloat.

Indiana needed some major diving points to climb back into things. They got a big performance from 3-meter champ James Conner, but had to be a bit disappointed with the showing from 2014 NCAA 3-meter champ Michael Hixon, who was just 4th.

A great battle is brewing for fourth, with Purdue currently leading Wisconsin by 2.5 and Minnesota by 10.5. That race should come right down to the wire tomorrow.

OSU is showing great depth this year! Will be an exciting team race today 4th-6th!