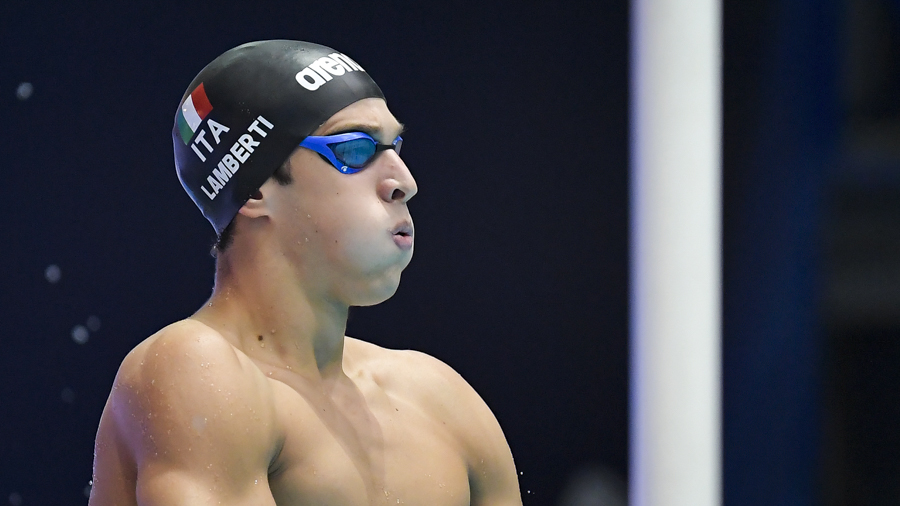 Multi-Olympic medalist Gabriele Detti once again found himself on top of the podium at this 47th Nico Sapio Trophy. After winning the men’s 200m free yesterday, the 27-year-old accomplished the same feat tonight in the 400m free.

Stopping the clock in a time of 3:39.21, Detti beat out domestic rival Matteo Lamberti who wound up touching about 2 seconds later in 3:41.28. The two men represented a dual, with the next closest competitor not getting under the 3:50 threshold.

For Detti, he’s been as fast as 3:36.63 from two years ago, although tonight’s performance still ranks just outside his ten best swims ever.

Lamberti’s result here marks a big-time personal best, however, blasting away his 3:59.68 from 2017. In fact, Lamberti’s 3:41.28 outing here now checks him in as Italy’s 10th fastest performer all-time, sitting behind none other than father Giorgio Lamberti and his effort of 3:41.15 from 1990.

Brother Michele Lamberti was also in the pool tonight, reaping gold in the 200 fly. Producing a big-time result of 1:53.94, Lamberti just became the 6th fastest Italian all-time and the 6th performer ever from his nation to break 1:54 in the event.

Lamberti, who just turned 21 years of age, is coming off of a hugely successful European Short Course Championships. The rising star collected 5 medals, including silvers in the 50m back and 100m fly, bronze in the 200m back and two relay medals. In addition to silver in the mixed medley, Lamberti also was a member of Italy’s World Record-setting men’s medley relay.