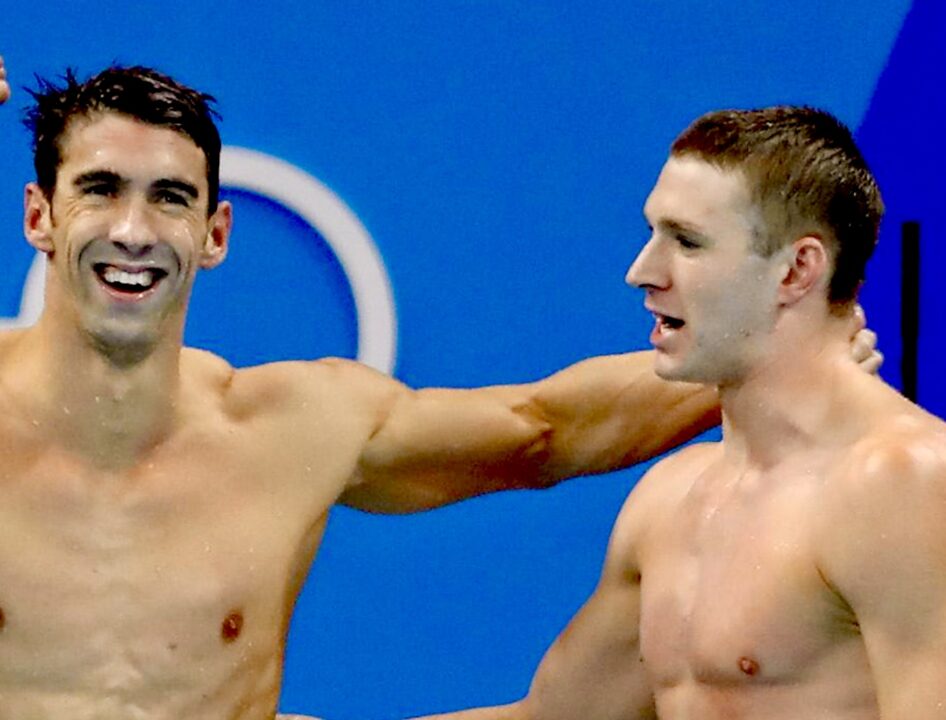 Ryan Murphy weighs ISL vs. the World Cup, looks head to SC Worlds, and he lets us inside his head about whether or not LA2028 is in his future.

Olympic medalist Hali Flickinger has taken the longest break of her career since winning gold and silver at the 2022 FINA World Championships.

Coming off a win at the Mission Pro Swim, Erica Sullivan says her shoulder has healed, and we talk film making and Pride Month.

6-time Olympic medalist and Speedo Athlete, Ryan Murphy, is happy with his 2022 World Championships performance. Apparently the GOAT Michael Phelps is as well. Ryan shared that Michael sent him a nice text after the competition.

It’s always interesting to talk with Ryan. He’s plain-spoken about his competition. In this podcast Ryan breaks down racing Thomas Ceccon, who broke Ryan’s world record in the 100 back, dropping a monstrous 51.6. Ryan earned silver with a 51.97, a mere .12 off his PB.

Ryan finally broke the seal, earning his first lcm World Championships individual gold medal in the 200 back, which is interesting because, apparently, Ryan and his coach Dave Durden focused on 100 back training on the long run-up to World Champs.

In the podcast the 4-time Olympic gold medalist confesses his awareness of his even-year success rate (thanks to his data-driven brother), talks Speedo backstroke tech suit development, and he unpacks what he thinks it’ll take to be in the hunt for gold at the 2024 Olympic Games in Paris.

Thanks to Speedo, a SwimSwam partner, for supporting this podcast episode.

omg he texted him?!

Stop the presses!! Michael Phelps sent a text! (That was the takeaway for the headline writer from a 48 minute interview, I guess.)

ahhhh, when the greatest of all-time does, it matters. And they share relay gold. A lot of big stars end their career and just step away for a period of time, understandably. Phelps has remained engaged, follows swimming closely, knows swimmers’ times to the one hundredth.

Wondering why it bothered you so much.

@Gold Medal Mel Stewart, I understand your podcasts are always sponsored by Speedo, but your compliments to the company are a bit cringe. You should have asked him why he lost the WR while wearing his apparently ” new special backtroke suit ” ?

Also: “…earning his first lcm World Championships individual gold medal in the 200 back, which is interesting because, apparently, Ryan and his coach Dave Durden focused on 100 back training on the long run-up to World Champs.”

No it’s because Rylov wasn’t there and he knows that.
Evgeny owns that event since 2017 and i can guarantee you that Ryan is praying each day that russians get banned from Paris so that… Read more »

How do you know how smart Usain Bolt is?

@Steve Nolan: I thought of you, Steve, when I watched this short video. It’s like every day Braden (or Melvin) serves up a juicy topic, and then it’s your job to come in and make some “snappy” comments! Enjoy.

No. Speedo supports less than 1% of the podcasts we produce. The overwhelming majority of our podcasts are ad-free. Your comment is 100% fair regarding Rylov, and, while I cannot speak for Ryan, I think he’d rather race all elite swimmers if possible. Obviously Ryan cannot control geopolitics. HOWEVER, you do race the people in the final, and Ryan said all along that even without the Russian stars, the WC finals in the 100-200 back would still be impressive. And he was correct. (My guess, my bet, is that Rylov would’ve lost to Ceccon in the 100.)

Russians banned from Paris 2024? This is troubling. I’m old enough to have watched/experienced the 1980 and 1984 OG boycotts. I’ve spoken with… Read more »

Russia should’ve been banned in 2016 and 2021 for their state sponsored doping regime. Even if by some miracle there is peace and Russian withdrawal by 2024, they still don’t belong in Paris unless they get themselves in order internally as well.

I think Russia should be banned from the games. If there is regime change and Russia withdraws, then they can rejoin the scene the following year. Until then, there should be no chance of Russia being recognized in any sport right now. Too much damage has been done.
That said, I respect Mel and his views on the subject. This is just something I feel very passionate about.

Lochte is not the smartest man in the world*

How many Olympic medals do you have?

In the podcast the 3-time Olympic gold medalist confesses his awareness of his even-year success rate (thanks to his data-driven brother), talks Speedo backstroke tech suit development, and he unpacks what he thinks it’ll take to be in the hunt for gold at the 2024 Olympic Games in Paris.

Right you are, good catch!

Sorry. Thanks for catching that. I said it on camera too, and Ryan didn’t say “hey Mel, you shorted me a gold medal.”

That answer to the possible Russian ban for the next Olympics was straight out of the Gerrit Cole play book! I was laughing with embarrassment

Can you explain this further? I have never heard of Gerrit Cole and when I looked up the name it is some baseball player. What is the story related to a possible Russian ban?

Gerrit Cole is a baseball pitcher, last season pitchers got in trouble for supposedly putting sticky substances on the ball to pitch better, there is a famous interview where Gerrit Cole, who was probably the highest profile pitcher to do it, was asked straight up if he used stuff on the ball and it was one of the most awkward moments ever, search, Gerrit Cole Spider Tack interview and you’ll probably see it