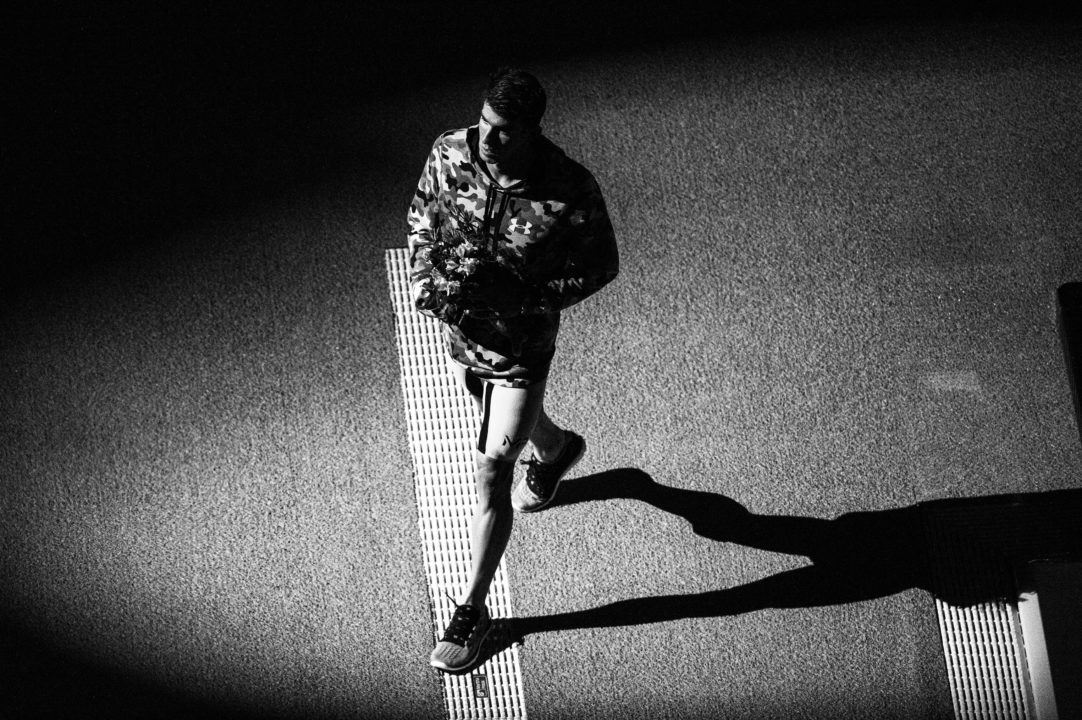 The most decorated Olympian of all-time, American Michael Phelps, continues to engage in activities promoting mental health awareness in his retirement. In addition to joining the board of Australian mental health company Medibio, he and former teammate Allison Schmitt were recognized as Honorary Chairpersons of the Substance Abuse and Mental Health Services Administration’s (SAMHSA) Health Awareness Day national event earlier this year.

The 32-year-old Dad of Boomer is also now appearing in a new IndieFlix documentary entitled, ‘Angst’, a ‘ 56-minute film and virtual reality experience that explores anxiety, its causes, effects and what we can do about it.’ Phelps is one of several notable figures who give testimonials regarding personal experiences with anxiety and depression in order to give comfort to a young adults experiencing similar issues.

On his participation in the film, Phelps says, “The conversation surrounding mental health really hits home for me. Many people don’t understand how debilitating mental illness truly can be, and even more than that, how common it is, yet people are afraid to have the serious discussions about it. I welcomed the opportunity to be a part of ‘Angst’ to further the dialogue around mental health and to help people understand the impact anxiety has on our mental state and encourage people, especially kids, to ask for help.”

The ANGST film has 1 goal: to start a conversation about anxiety.I know how much talking about it helps. https://t.co/t6N9nRU5tP #AngstMovie

According to the Angst website, the film is only available for screening at schools and community centers across the country, as the creators believe ‘it is important to follow-up this film with an in-person discussion.’ They hope to make the film available online as well at some point in the near future.

Thank you, Michael. Looking forward to seeing this film more widely available for all athletes.