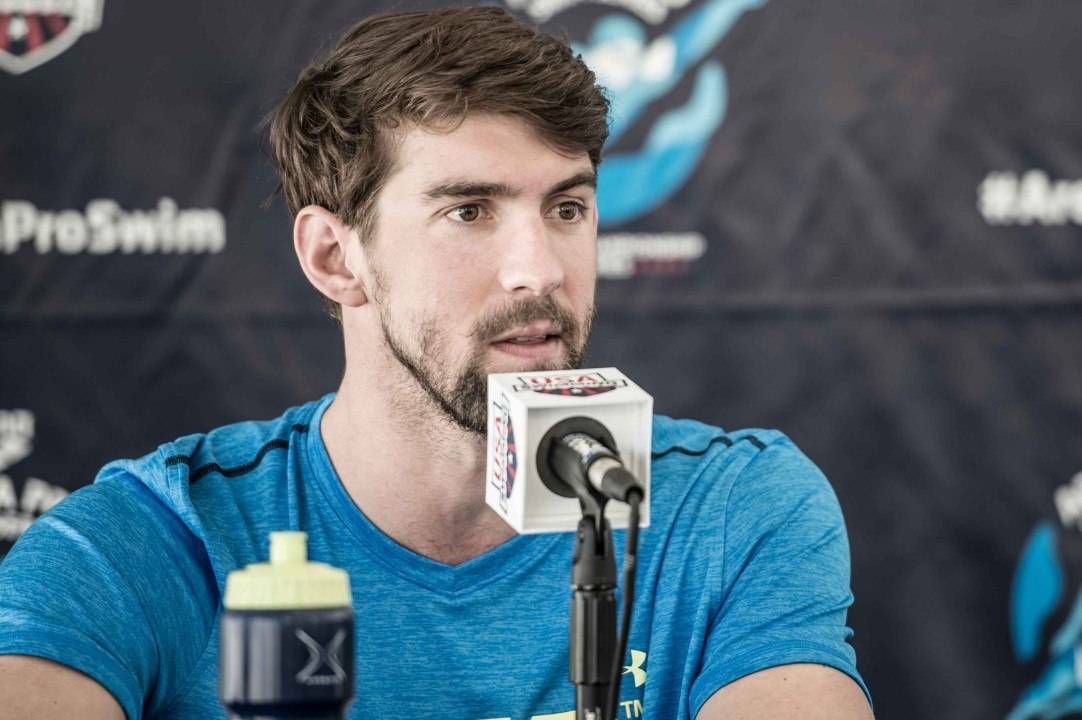 Michael Phelps was among a star-studded group of flag-bearers at opening ceremonies of the Special Olympics World Games in Los Angeles Saturday. Archive photo via Mike Lewis/Ola Vista Photography

Michael Phelps was among a star-studded group of flag-bearers at opening ceremonies of the Special Olympics World Games in Los Angeles Saturday.

Phelps was one of those athletes, joining diver Greg Louganis and figure skater Michelle Kwan, according to ABC News.

Phelps, the most decorated Olympian of all-time, has been partnering with the Special Olympics since at least 2007. Most recently, he ran a Special Olympics swim clinic for 5 Baltimore-based athletes who were preparing for these World Games.

The World Games bring together 6,500 athletes from 165 countries, according to ABC. That makes it the largest athletic event to take place in Los Angeles since the 1972 Olympic Games.

The Opening Ceremonies were a “who’s-who” of celebrity appearances. Avril Lavigne and Stevie Wonder were among the musical performers, and late-night talk show host Jimmy Kimmel spoke to open the ceremonies.

Even the President and First Lady got involved. Michelle Obama spoke to the athletes during the ceremony, and her husband, President Barack Obama, made a video appearance to welcome the athletes to the Games.

I watched this last night; the first glimpse I caught of Phelps he was walking in with the athletes before bearing the flag, and looked very happy. The announcers didn’t comment on him at that point, and at first I thought that was odd, but then I realized that it made sense, because this wasn’t about him. It reminded me of the Opening Ceremonies at the Olympics, very joyous, festive, hopeful. Great to see all the happy faces enjoying it. I’m thinking of heading downtown to catch some of the swimming if there are tickets and if traffic/crowds aren’t too prohibitive– the traffic reporters say it’s the largest athletic event here since the 1984 Olympics.

He’s a good ambassador. High fiving all the athletes and posing for selfies and he seemed to enjoy it. Michelle Kwan looked hot too!!

forgot to mention Victoria Arlen…looking good too and now a swimming sportscaster working the special olympics for ESPN…nice gig for her and I think she is still young. Like to see someone do an article and update us on her since the paralympics screwed her over and kicked her out