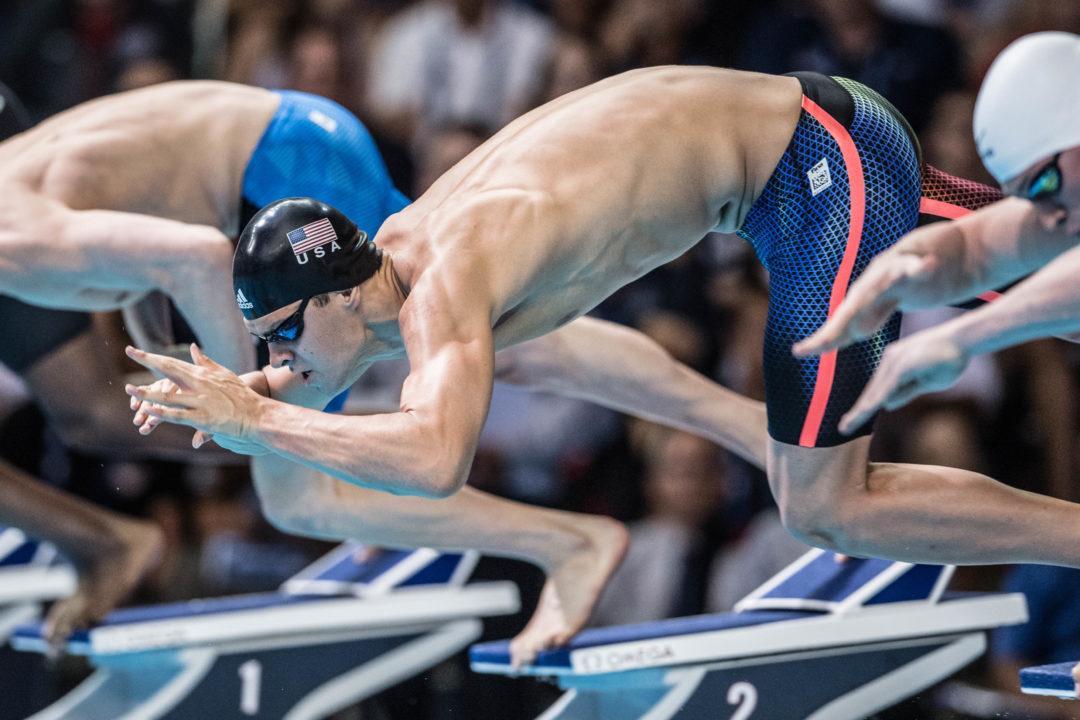 17-year old Michael Andrew doubled up on the final night of the Columbia Sectionals to win both the 200 IM and 50 free at the University of Missouri. Archive photo via Mike Lewis/Ola Vista Photography

17-year old Michael Andrew doubled up on the final night of the Columbia Sectionals to win both the 200 IM and 50 free at the University of Missouri.

24.83 for the fly leg? Dang that is FAST. Actually faster than Phelps and Lochte right? Or just as.

Yep, right up there with both Phelps and Lochte in the fly leg. Lochte was out in 24.8 when he set the record back in 2011.

I bet he did that on purpose