Michael Andrew's USRPT test? 5 races in one sessions at the 2015 Jr World Championships. Did USRPT work? You decide. Current photo via adidas

Michael Andrew put USRPT up to its biggest test at the 2015 Jr World Championships, 5 races in one day–in one session.  True, Andrew didn’t swim fast in all of his swims, but he did in 4 of 5 of them. 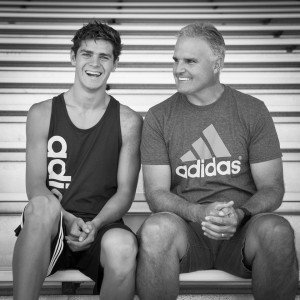 While Andrew’s got his critics, and USRPT has even more, most of the swimming community agrees he’s on track to be a force in the future. How soon is the biggest question of all. Frankly, Andrew’s on the bubble. For young talent like him or Reece Whitley, they’ll have to pull off stunning drops in time to make the 2016 U.S. Olympic Team. It’s not out of the question, but making the team trip to Rio would be a dramatic chapter of the 2016 U.S. Olympic Trials narrative.  One thing is certain. On the run-up to the 2020, Andrew will be center stage.

This is a Gold Medal Media production presented by SwimOutlet.com. Host Gold Medal Mel Stewart is a 3-time Olympic medalist and the co-founder of SwimSwam.com, a Swimming News website.

Must be a slow news day.

saying Andrew will be center stage in the run up to 2020 is a rather bold statement. Right now I would say Ryan Murphy, Maxime Rooney, and Jack Conger will be the big stories…

Y’all, that’s five years from now. We don’t really have a good idea on who’s gonna make the team next year, let alone half a decade from now.

I think the swimmers you listed will be as well…. I don’t think it’s a bold statement to say M Andrew will be center stage in 2020. He’s going to be in the hunt on a lot of events. My personal opinion is that’s a safe bet.