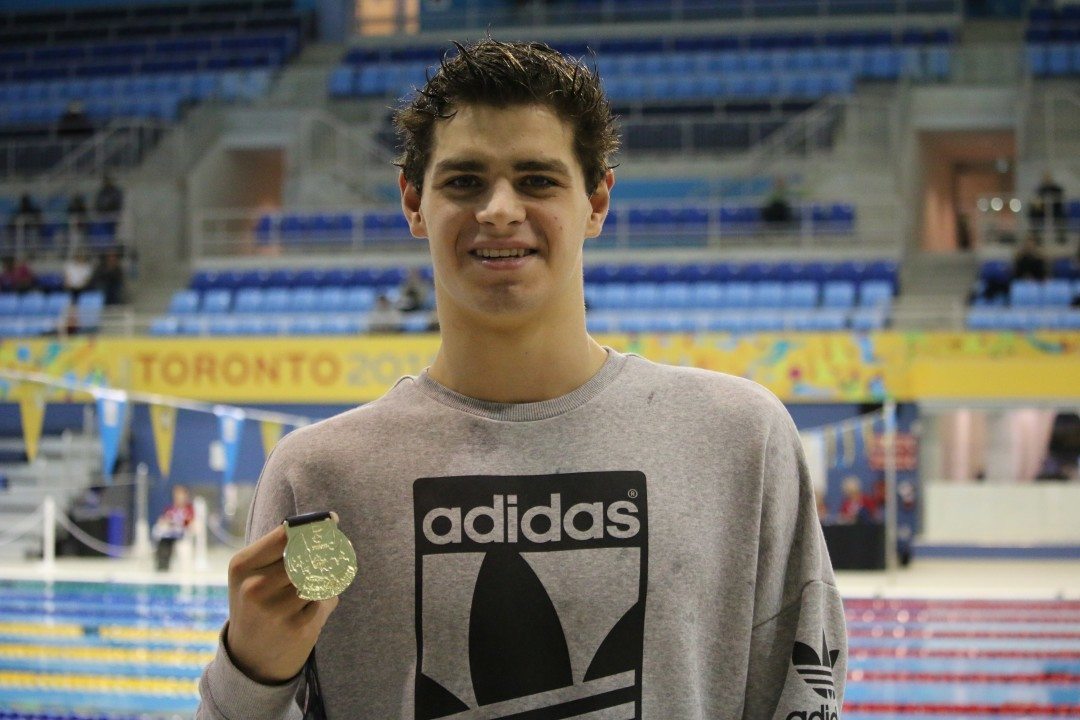 With a body-length lead at the finish, Andrew stretched out into the wall and stopped the clock at 27.10, precisely five one-hundredths of a second shy of the current world junior record.

Andrew won the final by a large margin however, beating second place finisher Charlie Attwood by 0.82 seconds as he touched in for silver in 27.92. Andrew was almost two seconds ahead of third place finisher Warren Mayer.

Prior to Andrew’s 50m breaststroke performance he competed in the 200m IM where he took home his first gold of the night. Andrew was a 1:56.37, improving from his 1:57.69 prelim swim significantly. That time ranks him 14th in the world this season.

Andrew has shown this past weekend at the OJI that his breaststroke is becoming his most powerful and dangerous weapon.

Earlier in the meet, Andrew rocked a very solid 58.32 in the men’s 100m breaststroke final for a new best time. That time also ranks him 13th in the world overall this season.

The time converts to a sub-minute swim, something the Andrew camp is hoping he can accomplish in the long course pool at the Arena Pro Swim Series at Austin this January.

Congrats Michael and Team Andrew! These are some awesome times! You are just going to get faster and faster! Keep up the great job!

Did not realize this was short course at first. Was REALLY impressed for a bit, haha.

Once again, Michael Andrew defies the naysayers (aka anti-USRPT brigade).