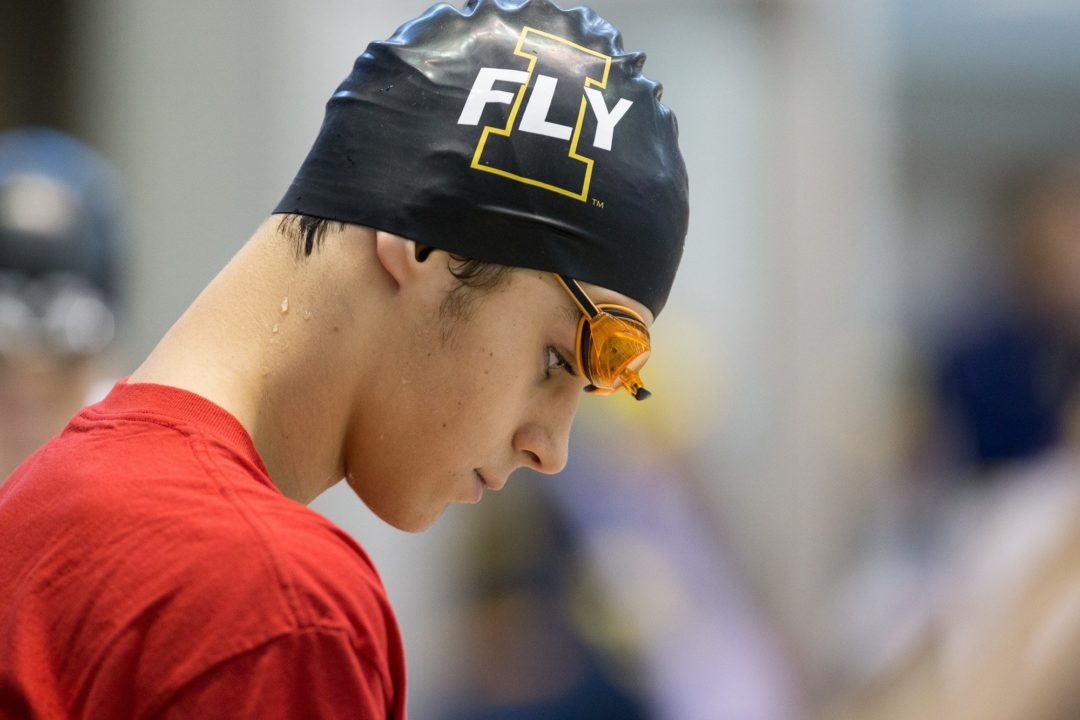 Michael Andrew has broken his first National Age Group Record of the Schroeder YMCA A+ meet on Saturday. He still has two more finals to swim in the session. Archive photo via Tim Binning/TheSwimPictures.com

Michael Andrew is one of the headliners at the Schroeder YMCA A+ meet in Brown Deer, Wisconsin this weekend, and on Saturday night he’s already broken a National Age Group Record in his first of three swims.

What was really cool about this race is that Andrew, unlike most 13-14 age group events he swim, wasn’t swimming alone. Daniel Krueger from the McFarland Spartan Sharks in Wisconsin dropped two seconds over the course of the day to take 2nd place in 45.03, which puts him third on the all-time list. That makes this 100 free easily the fastest 1-2 finish we’ve seen from two 14 year olds in U.S. history.

Andrew just missed his first record of the meet on Friday, where he was a 3:54.30 in the 400 yard IM. That was just .07 seconds shy off the National Age Group mark in that event.

Daniel Krueger is from MSS the Mcfarland Spartan Sharks not Muskego!

Very good to see young talent battling like this. Glad Michael has finally gotten a race!

That’s funny… That 400 IM time sure seems fast for someone who can’t swim more than 100s.