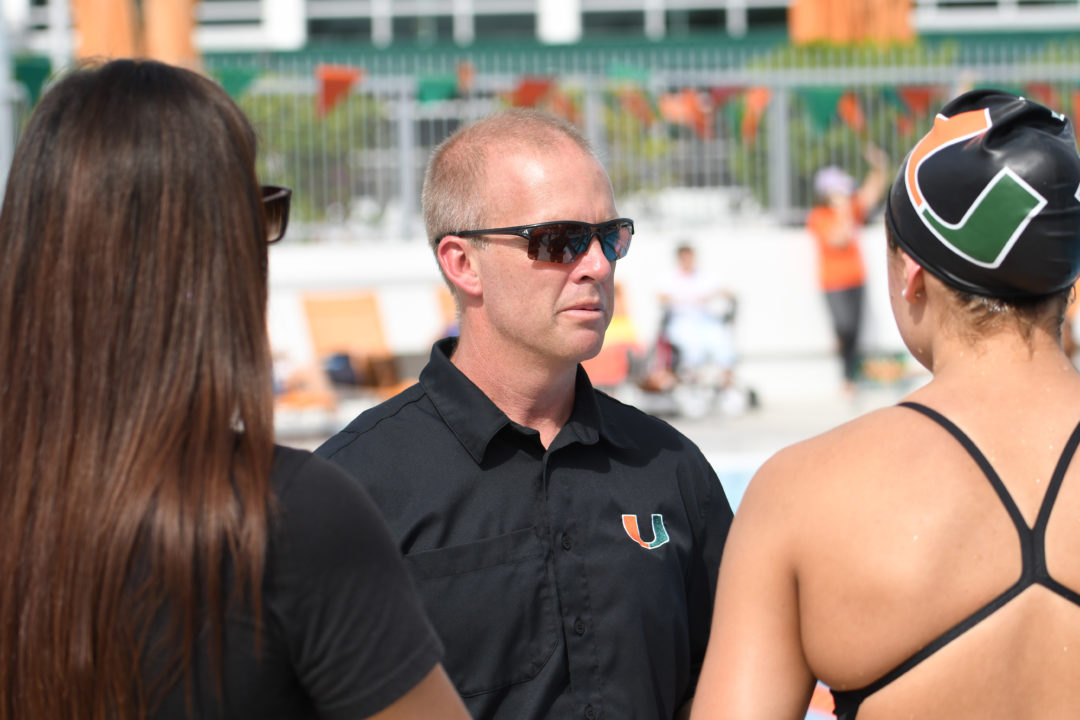 Jack McCormick contributed to this article.

In a crosstown matchup between Division I opponents, the Miami Hurricane women defeated the Florida International Panthers 162.5-137.5 on Saturday at FIU’s Biscayne Bay Aquatic Center.

Coming into the meet, FIU had won three consecutive duals with the Hurricanes, though the teams have had a competitive rivalry since their first dual in January 2015. The programs have raced 10 dual meets against one another since the 2014-15 season, with FIU leading the all-time series with 6 wins to Miami’s 4.

Miami won 9 of 16 events on the day, including double individual event wins by Adrianna Cera, Carmen San Nicolas Martinez and Emma Gullstrand. Cera, a redshirt sophomore who scored in the B final in the 500 free at the 2021 ACC Championships, won the 1000 free in a 10:17.78 and 500 free 4:58.78. Martinez, a senior from Spain, won the 200 free with a 1:50.64 and the 100 free in a 51.82. The Hurricanes diving program, perennially one of the strongest in the nation, was led by Gullstrand, a Swedish Tokyo Olympian. Gullstrand swept both the 1 and 3 meter diving events for the ‘Canes.

Hurricane sophomore Emma Sundstrand, a former Swedish Junior National teamer, won the 100 breast in a 1:03.20, just out touching teammate Giulia Carvalho, who finished second with a 1:03.23. Carvalho, a native of Belo Horizonte, Brazil, then returned later in the meet to win the 100 fly in a 55.49.

Miami closed out the meet by winning the 400 free relay relay in 3:25.67,with the quartet of Jacey Hinton, Martinez, Sidney Knapp and Cera. Martinez posted the quickest split of the day with a 50.52, while Cera anchored in 50.76.

The Panthers also claimed victories in three other individual events. Sophomore Elinah Phillip, fresh off representing the British Virgin Islands in Tokyo, won the 50 free in a 23.97. Stephanie Hussey, a Senior from Quebec, took the 200 fly in a 2:03.71, and Christie Chue, a freshman from Singapore, was victorious in her NCAA debut in the 200 breast, posting a 2:17.58.

Both teams will return to competition this weekend in invitational meets. Miami will travel to Dallas, TX for the SMU Classic, while FIU will welcome several programs, including ACC teams Florida State and Pitt, to Biscayne Bay for the TYR Fall Classic.