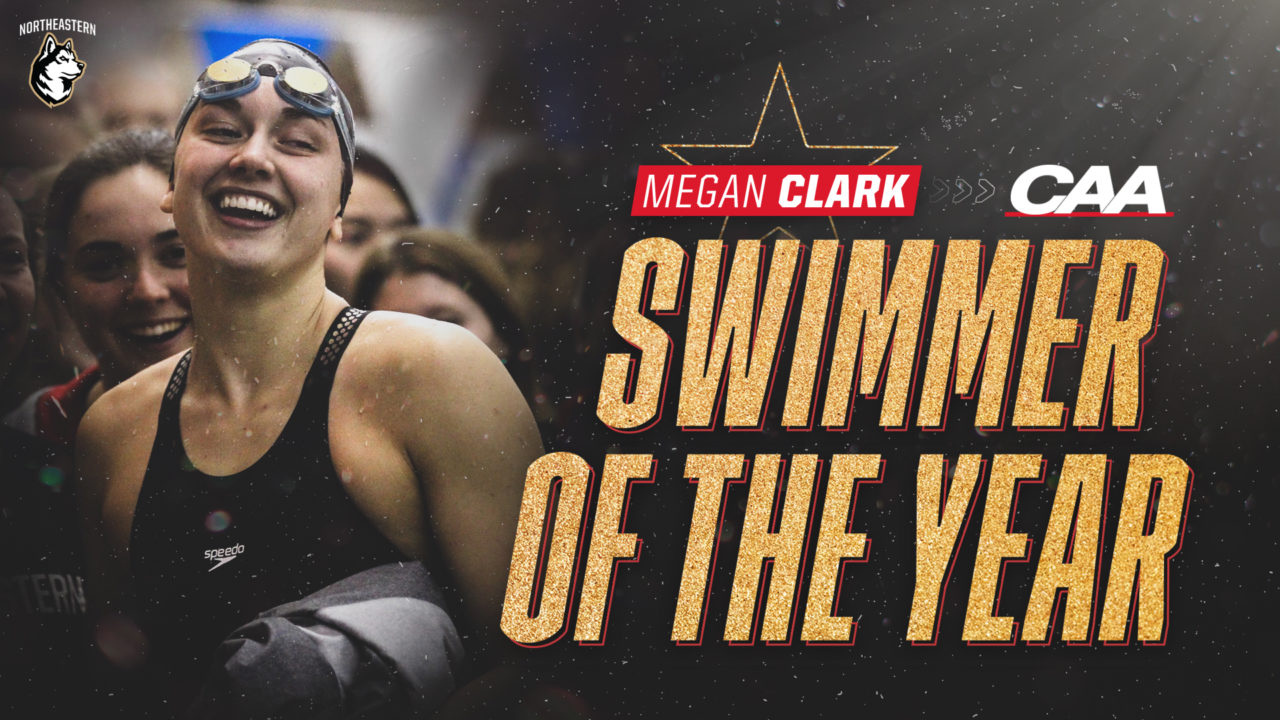 Clark, a Northeastern senior, has been named the Colonial Athletic Association Women's Swimmer of the Year for the second time in her career. Current photo via Northeastern Athletics

RICHMOND, Va.— For the second time in her career, senior Megan Clark of the Northeastern women’s swimming and diving team has been named the Colonial Athletic Association Women’s Swimmer of the Year, as announced by the conference on Thursday.

The Fairfax Station, Virginia native’s standout senior campaign landed her, her third straight berth into the NCAA Championships after qualifying in the 100-yard freestyle. Clark reset school records again this season, clocking in with a 48.46 in the 100 free at the Terrier Invitational to best her previous record time of 48.47.

Clark last received this honor in 2018 and is the only Northeastern Husky to earn Swimmer of the Year honors from the CAA. The senior leaves Northeastern with the program record in the 50, 100 and 200 free and was a member of the school record relay teams in the 200 free, 400 free, 200 medley and 400 medley.