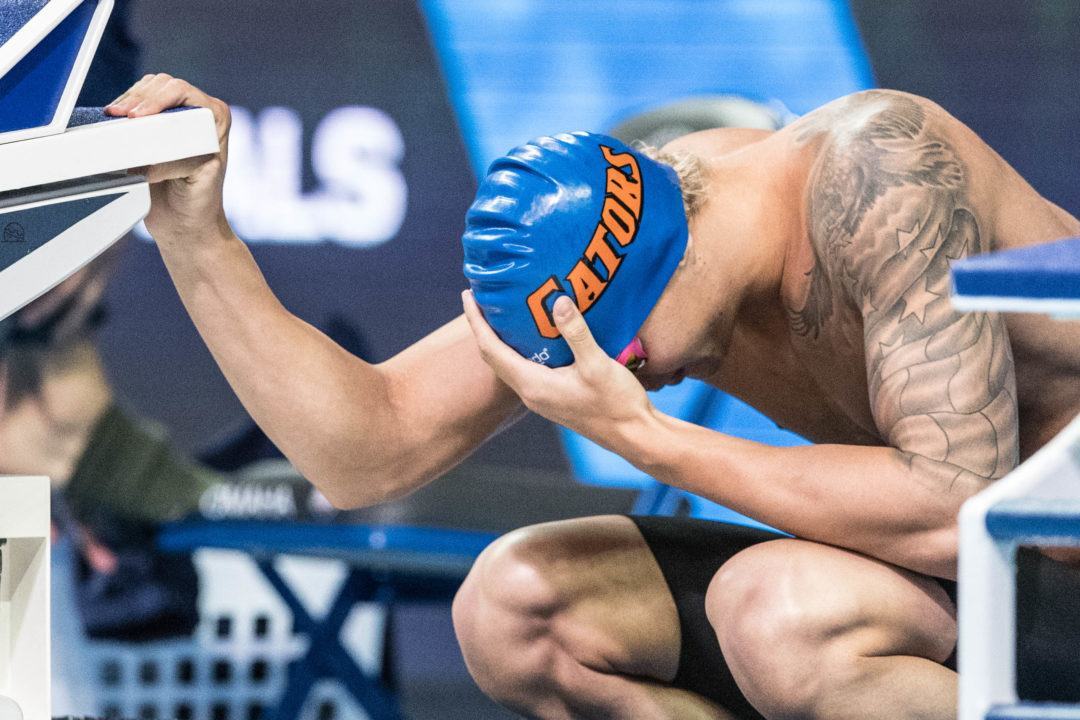 Meet 2016 Olympian Caeleb Dressel from Green Cove Springs, Florida. In the video Caeleb discusses how he was forced into swimming by his parents and preferred soccer, but eventually dropped soccer when swimming began to take off. He also talks about how when he’s behind the blocks is when he’s most calm during a competition, and that once he qualified for the Olympics all of the people who helped him get there flooded into his head.

Dressel’s talent in the water was discovered at a young age, breaking the 13-14 National Age Group record in the 50 freestyle at the 2011 Junior National Championships in Palo Alto. Through high school Dressel trained with coach Sergio Lopez and the Bolles School Sharks, training with the likes of Ryan Murphy, Joseph Schooling and Santo Condorelli, all of whom will also compete in Rio.

Dressel then went off to the University of Florida, where he won gold in the 50 free at his first NCAA Championships in 18.67, 0.01 off Nathan Adrian‘s American record. It was also a school record, and became the first Gator to ever win the 50 free at NCAAs. Dressel then competed at the 2015 US Nationals, clcoking best times of 21.53 and 48.78 in the 50 and 100 free, both good for wins. His clocking of 21.53 ranked him 3rd in the world at the time, and would’ve won bronze at the World Championships.

In 2016 he had an unbelievable college season, breaking the 50 yard free NCAA and American records multiple times, ultimately going 18.20 to win his second straight NCAA title. He also won the 100 free in a new American and NCAA record. Dressel went on to qualify for the Olympics in late June/early July, finishing 2nd in the 100 free in a best time of 48.23. He had a disappointing swim in the 50, finishing 4th in 21.80, but will still have the 400 free relay and potentially the 400 medley relay to swim in Rio.

Caeleb did not train with Sergio! Jason Calanog was his coach during his high school years

Wouldn’t that also mean the trained with Sergio? Honest question

I believe he swam at a totally different site from the one where Sergio was coaching.

Sergio only coached the kids that attended the high school. Jason trained the “club only” kids that went to high school elsewhere. What is crazy is that the NHS relay records Bolles broke were ridiculous fast and Dressel was not even on those.

I believe Josh Booth, now at Auburn, was the fourth leg on those

The 100 free may be the most competitive event on the men’s Olympic schedule.

For Caeleb to make the final would be a big accomplishment.

He keeps improving his times at the big meets. I’m sure he’ll bring it at the Biggest Meet of all.