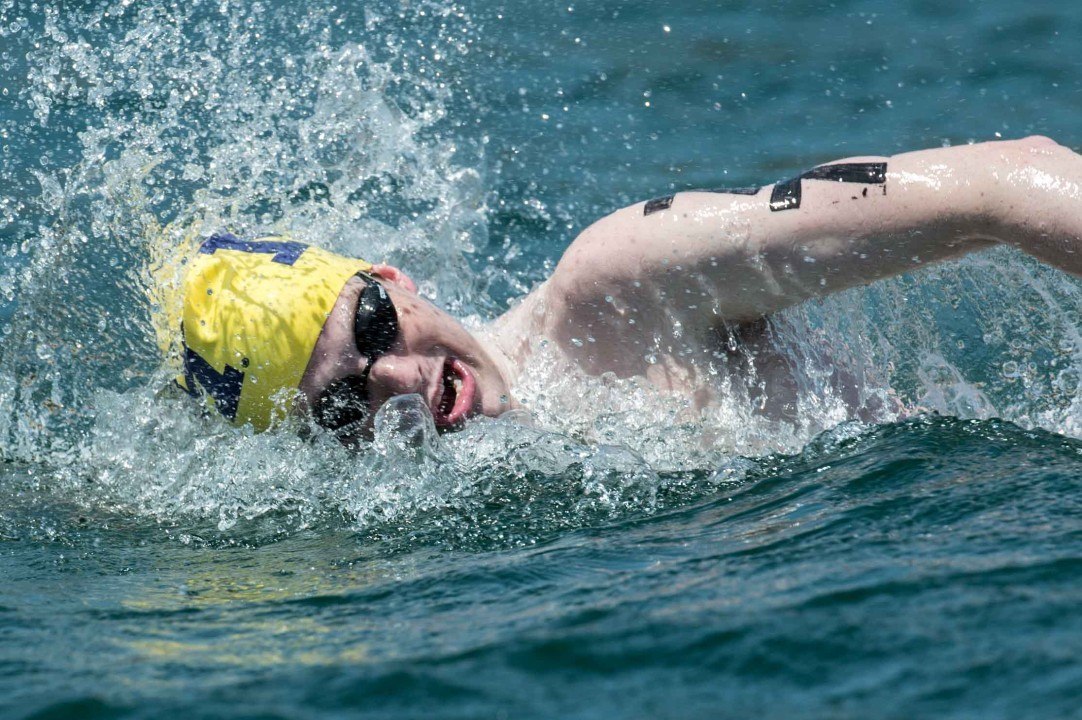 Meet first-time Olympian Sean Ryan, who will be representing Team USA in the 10k open water swim in Rio.  Ryan grew up in Chattanooga, TN, and it was in the Tennessee River, which runs through downtown Chattanooga, that Ryan began swimming open water with a local masters team.  What Ryan says he loves about open water swimming is the scenic beauty of some locations, such as in Chattanooga, and the unique experiences, such as his run in with a school of jellyfish while competing in Perth, Australia.

Ryan currently swims with Club Wolverine Elite in Ann Arbor, MI, with coaches Mike Bottom and Josh White.  A former wolverine himself, Ryan was an NCAA All-American five times from 2011 through 2013, and a three-time Big 10 champion in the 500 free and the 1650 free, as well as the 200 medley relay.

Ryan began swimming at age five and recounts his first race, a 25 yard butterfly, which turned into a 25 IM (though likely swum out of order).  Now a seasoned open water swimmer, Ryan earned his Olympic berth in the 10k last summer at the 2015 FINA World Championships in Kazan, Russia.  Before Kazan Ryan had also competed in open water at the World Championships in 2013, 2011, and 2009, as well as at the Pan Pacs in 2014 and 2010.  Ryan also won gold in the 1500 free at the 2013 World University games.

In Omaha at the 2016 US Olympic Trials, Ryan and fellow open water teammate Jordan Willimovsky both swam the 1500 free.  Though Willimovsky placed 2nd and earned himself the opportunity to compete in a pool event in Rio, Ryan placed 11th and did not advance to the finals.  Though Rio will be Ryan’s first Olympics, he is doing his best to think of 2016 as “just another year,” and maintain his focus for the Games.  The men’s 10k will take place on August 16th, three days after Ryan’s 24th birthday.

Sean – I hope you have a safe swim in Rio.

There might be more stuff than jellyfish in the water in Brazil.