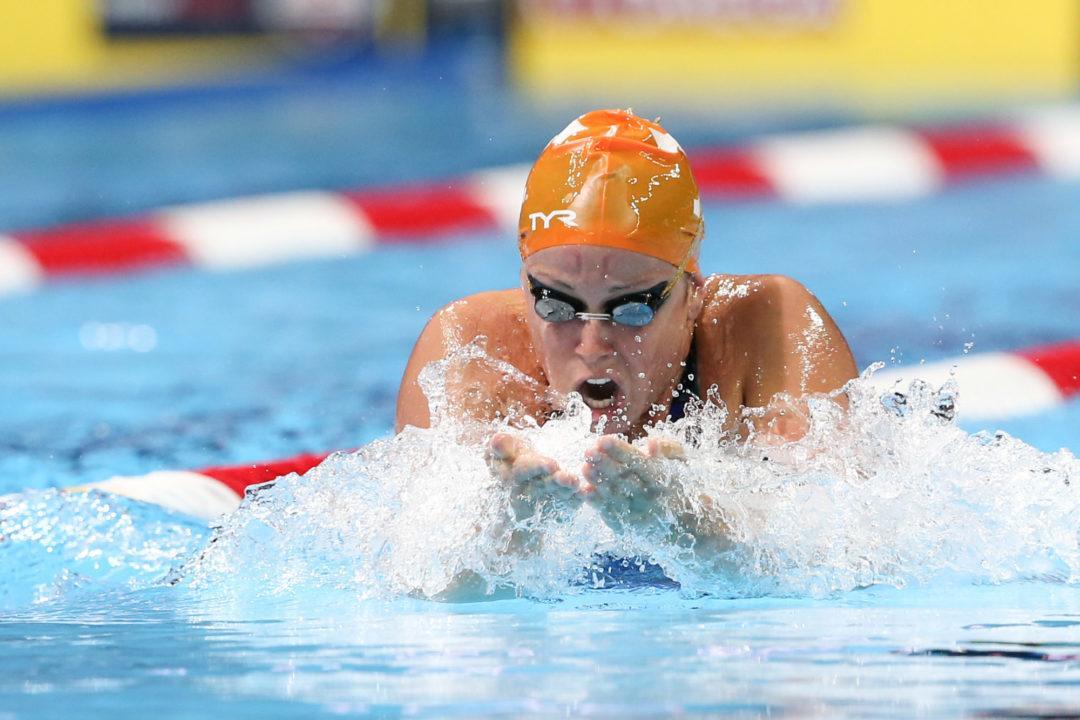 Meet first time US Olympian Molly Hannis, who qualified in the 200 breaststroke for Rio. In the video Hannis discusses how...

Meet first time US Olympian Molly Hannis, who qualified in the 200 breaststroke for Rio. In the video Hannis discusses how she played soccer and swam competitively up until age 13 or 14, until she qualified for senior nationals and realized swimming was something she wanted to pursue farther, causing her to drop soccer. She also talks about the race that qualified her for the Olympics and how close it was, and how her and fellow 2016 Olympian Maya Dirado had swam together since they were seven and how special it was to be on the same Olympic team together.

Born in Santa Rosa, California on March 13, 1992, Molly Hannis comes from an athletic background  He father swam at Shippensburg University and brother Tyson swims at the University of the Pacific while her other brother, Cory is a diver at Santa Rosa Junior College.

As a high schooler, Hannis held five Santa Rosa records, including swimming the second-fastest high school 100y breast in the country in 2009. She then went onto college at the University of Tennessee, where she won one gold medal and three silver in the 100 breast at the SEC Championships over her four years. Her best NCAA performances came in her senior year, finishing 5th in the 200 breast and 6th in the 100 breast.

At the 2016 Olympic Trials Hannis finished 2nd to Indiana’s Lilly King to qualify for the team, beating out 2012 Olympian Micah Lawrence and Bethany Galat of Texas A&M.