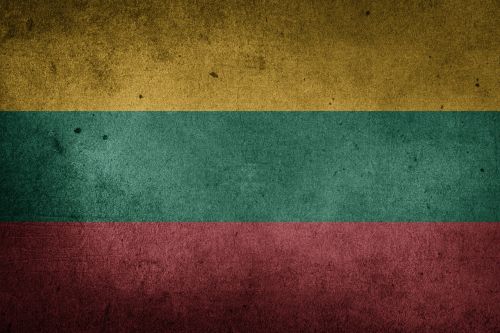 The nation of Lithuania wrapped up its 2019 SC Championships this weekend, with the 3-day meet celebrating the 95th anniversary of Lithuanian swimming. Stock photo via stock

The nation of Lithuania wrapped up its 2019 Short Course Open Championships this weekend, with the 3-day meet celebrating the 95th anniversary of Lithuanian swimming. The competition marks the final meet for the nation’s swimmers of 2019 before all eyes turn to the 2020 Olympic Games in Tokyo.

Ugne Mazutaityte tore through the short course championships with abandon, firing off a trio of Lithuanian national records across the women’s backstroke events. On day 1, the 22-year-old powered her way to a mark of 59.73, then followed with a speedy 27.91 in the 50m back on day 2.

The former sub-minute result shaved .03 off of her own previous Lithuanian national record in the event.

Mazutaityte rounded out her golden trifecta with a monster 2:07.29 in the 200m back to end her 2019 year on a high note and another national standard.

Sidlauskas got it done for gold in the men’s 100m breast, producing a winning mark of 58.29, while Catherine Teterevkova notched a lifetime best of 1:06.42 to win the same race on the women’s side.

The pair also reaped the top prize across the 200m breast event, with Sidlauskas hitting the wall in 2:07.81 for the men’s gold and Teterevkova notched 2:24.58 for the women’s edition. The 50m breast also fell victim to the duo, with Sidlauskas registering a personal best of 27.05 while Teterevkova did the same in 30.95.

Behind Sidlauskas in that 50m breast was Aleksas Savickas, who got to the wall in a new PB of 27.87 to score silver, as well as a Lithuanian age record for 17-year-olds.

17-year-old European Junior Championships silver medalist Kotryna Teterevkova put up the quickest 400m IM outing of her career, nailing a time of 4:51.94 to take the silver. That also gave the teen a new national record en route to her gold medal. The previous national mark stood at the 4:53.85 held by Erika Martisiute.

Getting to the wall ahead of Teterevkova was Anastasiya Vaskevich, who collected gold in 4:48.71.

Deividas Margevicius wrapped up multiple wins throughout the meet, including the 100m fly where he put up a time of 51.47. Splitting 23.89/27.58, Margevicius beat the field by well over 2 seconds. He owns a PB of 50.95 from the 2018 World Short Course Championships.

Winning the men’s 200 IM was the aforementioned Sidlauskas, with the 22-year-old producing 2:00.95 for the gold medal-worthy finish. He also landed atop the podium in the 400m IM, stopping the clock in a time of 4:18.21.

Going back to Margevicius, he continued on his field-crushing journey, wrangling up victories in the 50m fly and 200m fly as well, in marks of 23.37 and 1:56.51, respectively.