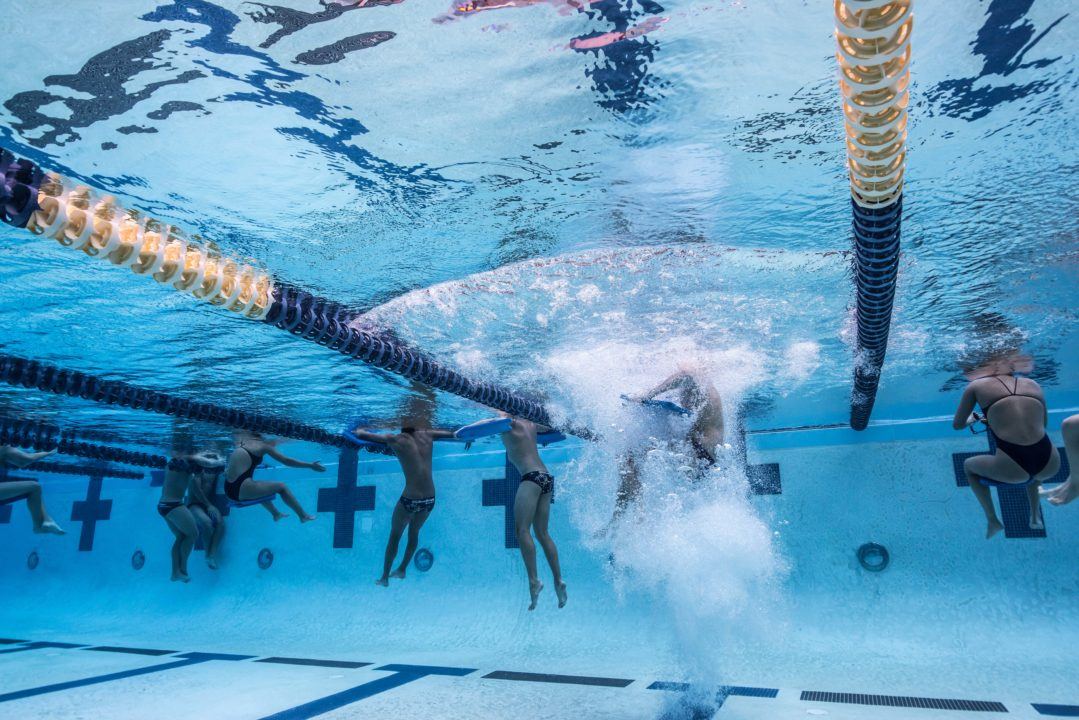 On Saturday, Wisconsin high school breaststroker Max McHugh clocked in a 22.69 in the 50 yard breaststroke, which would be one... Stock photo via Mike Lewis/Ola Vista Photography

On Saturday, Wisconsin high school breaststroker Max McHugh clocked in a 22.69 in the 50 yard breaststroke, which would be one of the fastest splits in history. Neither his backstrokers recorded split, nor his, were outside of the realm of reason in this case, but without video, it would have been hard to confirm one way or the other.

Now, thanks to the Sturgeon Bay Co-Op, that video exists! It’s not a perfect video, with some tough angles, but it’s something. My hand-times vary between a 23.3 and a 23.7 on about 6 tries. That’s close enough that the graininess of the video could be off enough that the 22.69 was legit, but it seems more likely that this was a soft touch by the backstroker.

Watch the video below, do your own hand-timing, and leave a comment with what you got. Since these splits are unofficial by all governing body standards anyway, we’ll crowd-source an average timing, and decide how to officially update it on our ‘fastest splits’ thusly.

Either way, McHugh will have next weekend’s state championship meet to put in another split. See the video below – McHugh is the swimmer in the black cap with the red-and-white logo on the side.

No doubt he did!

Max McHugh went a 51.62 in the 100 breast at state today and broke the national age group record so that 22.69 definitely sounds offical. Just saying.

Dear Swim Swam, love your articles. I believe it is one of the best places to keep up with swimmers and events. Just one tiny request. Just like me, a LOT of your fans are not from the U.S. and we all swim in metric based distances. So would you please just specify if the distance you are posting in your articles is in Yards or Meters? Thank you for your help.

Here, I’ll help: anything in a 25-length pool is yards unless specified otherwise.

NO FAKE NEWS HERE PEOPLE….THIS YOUNG MAN IS THE REAL DEAL..HE HAS UNREAL PULLOUTS…WITH ONLY ONE DOLPHIN KICK….I HAVE WITNESSED THEM HUNDREDS OF TIMES ON DECK….HE NEVER GETS DQ’d and swims many championship meets around the nation. SORRY HATERS THIS IS REAL STUFF.