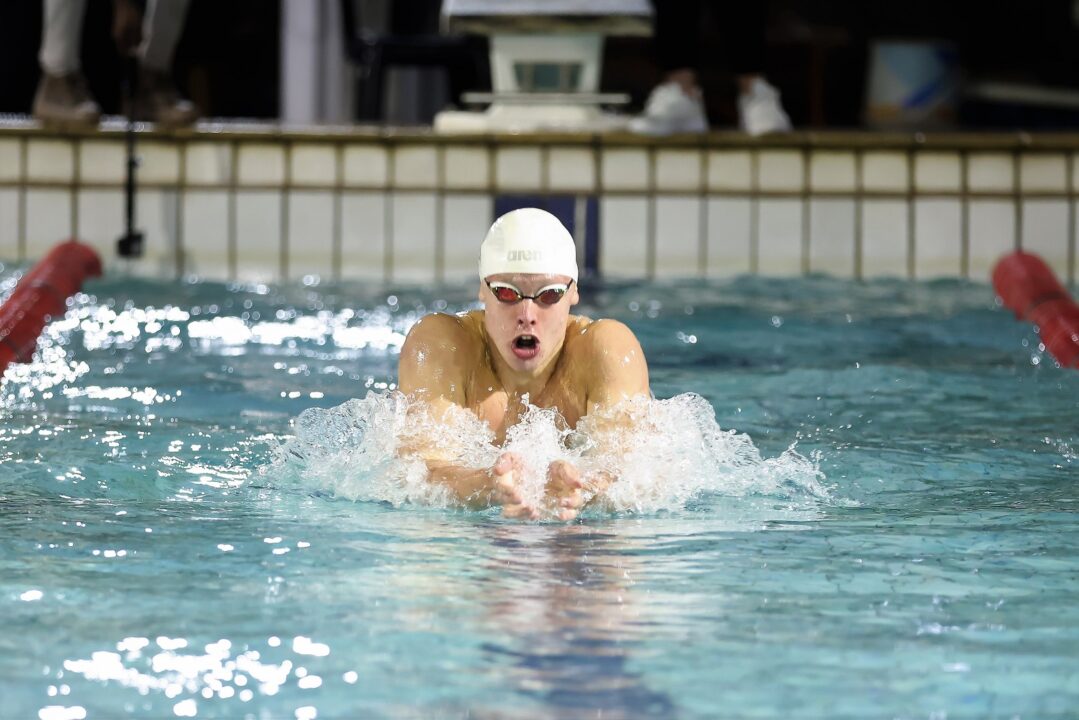 Matt Sates wasted no time in making his presence felt at the second leg of the FINA World Cup in Budapest.

After a standout performance at the opening leg in Berlin, the 18-year-old South African kept the ball rolling on the opening night of finals in the Hungarian capital, lowering the World Junior Record in the men’s 400 freestyle.

Sates back-ended the race in a big way, allowing Lithuanian Danas Rapsys to go out on his own early on, with Sates flipping over three seconds back of Rapsys at the 200 (1:46.03 to 1:49.18).

However, Sates began to turn the jets on after that, out-splitting Rapsys on every 50 to ultimately overtake him on the last length with a scintillating split of 26.36.

Sates’ final time showed 3:37.92, edging out the World Junior Record of 3:38.00 set by Australian Thomas Neill at the 2020 Queensland Championships. Rapsys was just over four-tenths back for second in 3:38.29.

Relative to the way Neill swam the race, Sates was about a second and a half back at the 200, but really made up ground coming home, specifically on the third 50.

Both of those swims also stood as new African Continental and South African National Records, but he fell shy of both in the 400 free. The current South African Record stands at 3:37.91 from Myles Brown in 2013, while Tunisian Ous Mellouli holds the African Record at 3:36.75 from 2008.

Prior to his swim in Berlin, Sates’ best time stood at 3:41.03, set in September at the South African Championships. The soon-to-be Georgia Bulldog is the second seed in the men’s 100 IM final later in the session.

Commented on another post, but on the Brett Hawke podcast he said he is right now planning on still going to Georgia, but will see what the near future holds

He’s about to get one of the best training partners he can ask for. I have a feeling this is how we can get to the elusive sub 4 minute 500 free.

Neither of those guys is breaking 4. At the absolute best, one of them hits 4:02-4:03 by the time their college career is over

Can’t wait too see what he does in yards in NCAA competition.

More eager to see what he can do in long course.