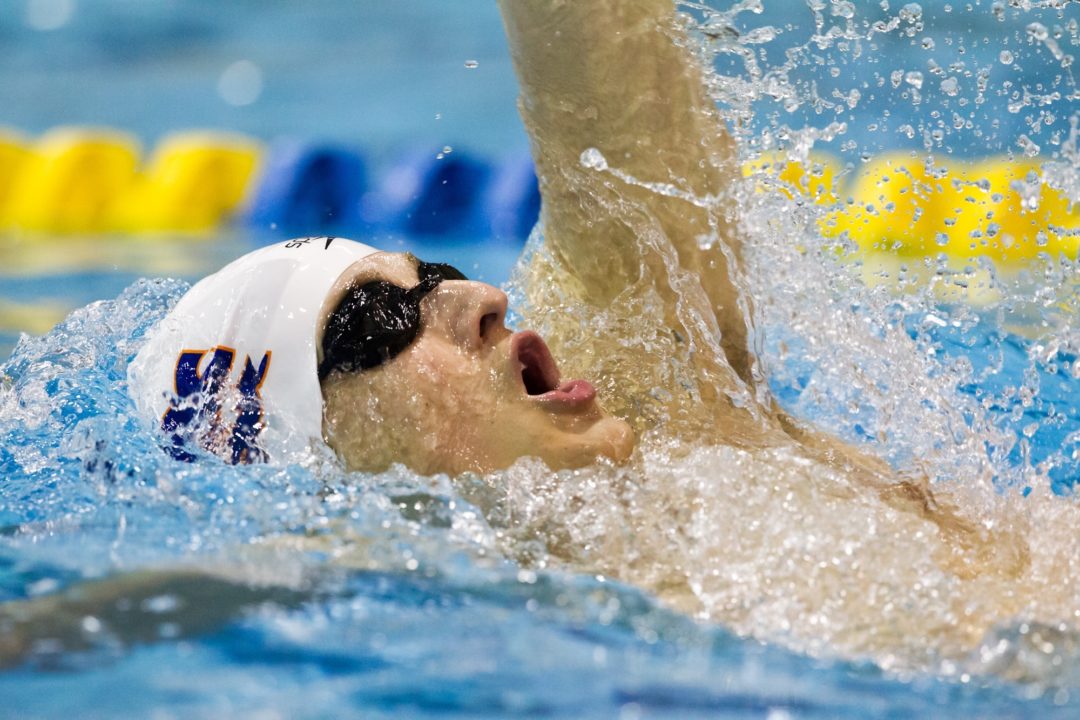 Matt Josa, who broke three NCAA Division II records and led Queens University of Charlotte to their first NCAA D2 title, will take the 2015-16 season off to prepare for 2016 Olympic Trials. Archive photo via Tim Binning/TheSwimPictures.com

Queens University of Charlotte sophomore Matt Josa is planning to sit out the 2015-16 collegiate season in preparation for 2016 Olympic Trials. Queens head coach Jeff Dugdale, who is also Director of High Performance at SwimMAC Elite, confirmed with SwimSwam that, indeed, they “had that plan from the beginning.”

Josa led the Queens Royals to their first-ever NCAA Division II team title this season, breaking a ten-year streak in which the title had belonged only to the Drury Panthers. Josa won four events and broke three NCAA D2 records and was given the men’s Swimmer of the Meet award. In the 200 IM, he broke the record with 1:41.94, 19th fastest swim of all-time, and 2 seconds faster than the previous mark which he set in at the 2014 meet. Josa then topped that with the tenth-fastest 100 fly ever, going 44.89 to lower his own D2 record. His third NCAA D2 mark came with a 1:42.96 victory in the 200 fly. While he also won the 200 back at NCAAs (in Division II you can swim 4 individual events), he just missed lowering his own record, set in his freshman season.

Josa has made significant progress in just about every event over the last two seasons. He will continue along that path by staying in Charlotte and training full-time with David Marsh, Jeff Dugdale, and SwimMAC Elite.

I wish Mr Josa good luck, and I hope he’ll focus on the 200 fly, because it’s probably his best bet for making the Team and also an area where the US hasn’t had as much depth traditionally as the backstroke races, IM’s and 100 fly.

sadly his best event is a loaded event for the Americans – don’t see him making the team.

Still worth giving it his best shot.

Seliskar and clary.can go 1:55 not so easy for josa too