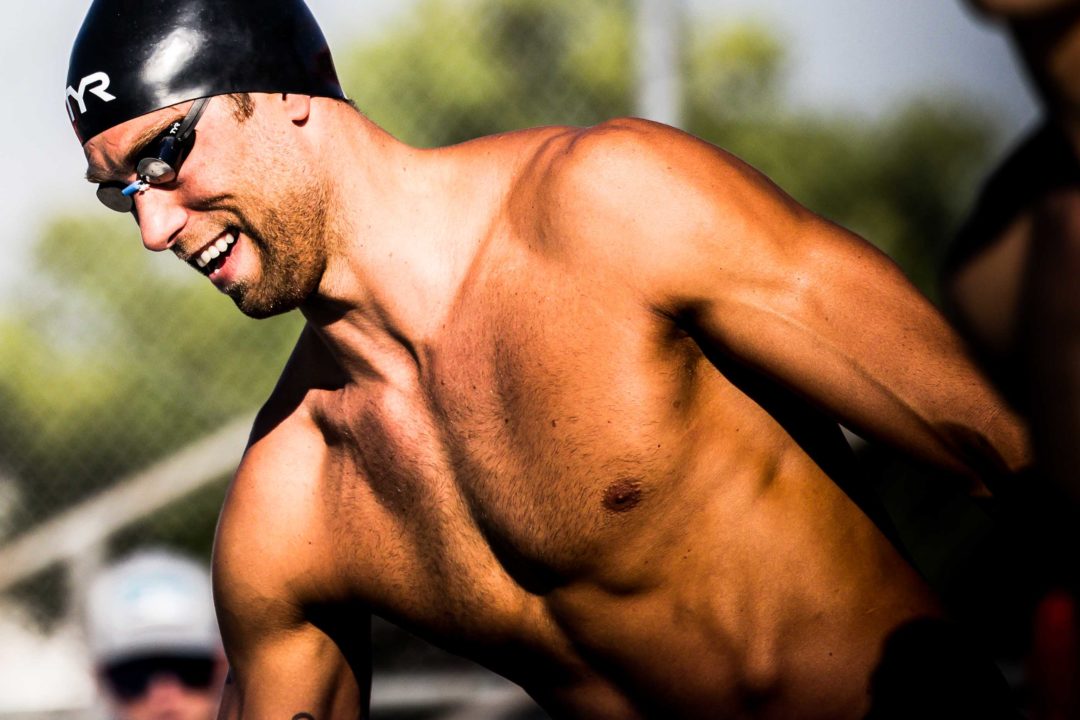 Backstroke and relay ace Matt Grevers confirmed that he will be shaving AND tapering for the ISL Finals in Las Vegas, because... why wouldn't you? Current photo via Jack Spitser/Spitser Photography

With such an absolutely stacked field, fans could expect a close race,  and sure enough, it was as tight as it could be at the finish. So tight, in fact, that the Breakers’ Michael Andrew and the Current’s Matt Grevers touched at the same time, 23.38, tying for 1st place. The Trident’s Jeremy Stravius (23.49) and Andreas Vazaois (23.51) were close behind, taking 3rd and 4th.

The Current got hit by the DQ bug again, as Shane Ryan drew a disqualification after initially finishing 4th.

Andrew has really come on in the 50 back. While his breaststroke and freestyle are still probably his best Olympic hopes, the 50 back was his standout swim of last season in long course, and he comes up with a clutch win here, tying LA’s Matt Grevers. LA had a nice finish in line, but Shane Ryan took a DQ – he was involved in the relay DQ earlier based on his exchange with Will Licon, and those points are hurting LA badly. It’s got to be a little disappointing for DC – Stravius won this event in Naples, but finishes just third here, though he was a tenth out of first.

Matth grevers with the win