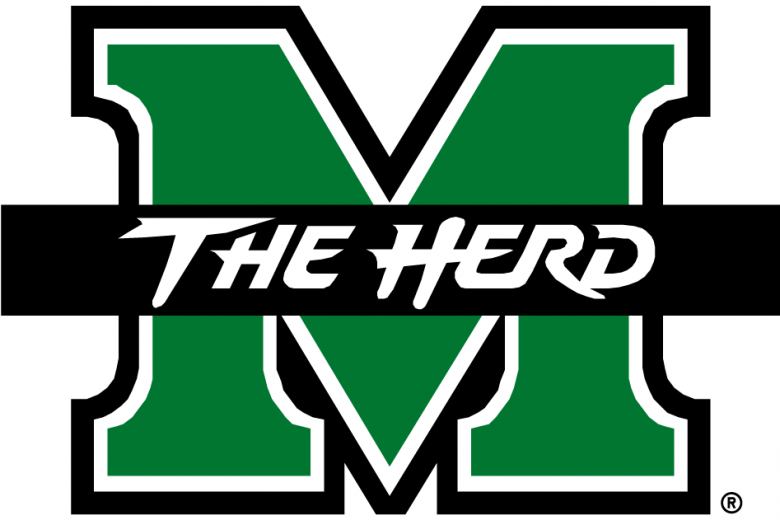 Coach Tramel. “When I first arrived here at Marshall, I talked about building a champion and that’s exactly what we’re doing." Current photo via other

Coach Bill Tramel’s second recruiting class for Marshall’s swimming and diving program is remindful of the opposite from the days when you were a kid at the local swim club and someone would yell:

“Everybody into the pool!”

In the November signing period, Tramel landed nine swimmers and a diver. He’s looking for more.

Geez … around these parts, only football coach Doc Holliday has larger signing classes.

“Yes, 10 (signees) is a lot,” Tramel said. “We had a lofty goal of 12, got to 10, and we’re certainly excited about that. We’re hoping to round out our recruiting class in the springtime, so hopefully we can get to 12.”

In his second year guiding – and building — the Thundering Herd program, Tramel is somewhat impatient with the construction. But from the numbers, it is obvious plenty more prospects know about the Herd women’s program these days.

“I wouldn’t say I was surprised at the reception,” Tramel said. “When I first arrived here at Marshall, I talked about building a champion and that’s exactly what we’re doing. It’s certainly taken a little bit longer than I’d anticipated, getting off the ground, just getting the word out has been painstakingly long.

“A lot of effort has gone into promoting Marshall swimming and diving, getting the word out, talking with coaches, lots of miles on the road, and this is really the reward we’re getting for all of the work we’ve put in, all of the travel, late-night phone calls, the scouting and searching for the right people.”

Tramel signed athletes from seven states, Canada and Germany. He had a specific goal in mind in targeting prospects.

“One of our goals when we look at recruiting is to bring student-athletes to Marshall who can contribute immediately at the Conference USA level,” said Tramel, who came to Marshall after longtime success as an assistant in major conference programs. “There’s a lot to be said about developing athletes, but at this point, we want to bring athletes in right now that can compete at the conference level,

“We wanted young ladies who can score points in the conference championships with the times they have performed as juniors in high school, because their senior years still aren’t complete. The goal was to bring in people who can do that right now while they’re still in high school.

“The most exciting thing about this class is four of the incoming freshmen (of 2014-15) have already swam faster as high school juniors than six of our Marshall school records. That’s what I’m really excited about, is they’ll come in, Day 1, as our fastest in history, and they absolutely could improve those times as seniors before they get here.”

Tramel said breaststroker Nele Albers of Germany is an example of what the Herd needs as its points toward the future.

“The week after we signed Nele, she took it to another level,” Tramel said. “She’s two seconds ahead of our school record (2:14.74) right now. When we looked at Nele, we said this is someone who could compete for a conference title, in individual events, as a freshman.

“A couple weeks after signing day, she dropped another two seconds and now we’re looking at her as a person who could qualify for the (NCAA) national championships. That’s something that’s at another level.”

Tramel gave plenty of credit to his first-year assistant, Ian Walsh, in the Herd’s ability to land some bigger “fish” than Marshall might have gotten in the past. The Herd beat Big Ten and Big 12 programs for a couple of signees.

“We’re totally blessed to have Ian with us,” Tramel said. “Not only is he a great young coach who is eager to learn, but he understands what it takes to build a championship program. He understands the time and energy you need to put into recruiting, and that’s something that’s really tremendously important, to succeed on the recruiting trail. He personally found at least three or four of the athletes we signed that we wouldn’t have been involved in their recruitment were it not for Ian.”

Tramel loses six seniors from this season’s team, on which depth in some events already is an issue. Most major college swim programs hold a “Junior Day” to introduce high school and club-team prospects to that school early. Tramel, needing immediate help in the pool, held a “Senior Day” at Marshall in August.

“We had a tremendously successful Senior Day in August, had four of our 10 (signees) attend,” Tramel said. “We’d like to expand on that and have a Junior Day this coming spring and then another Senior Day in August. Everybody has a junior day where they open up and juniors come to take a look on an unofficial visit. We weren’t able to do that this past year, so we decided to have a Senior Day.

“We thought it was kind of unique — hadn’t heard of it before. We had two weekends, with about 12-15 prospects come down here and visit. Of those, we probably had about half take an official visit and we signed four or five of them. It was really successful.

“To use an example, Emma Williams came up from (Apex) North Carolina. When she was here, leaving, she turned to her mom and said, ‘I think I’ve found it.’ If not for Senior Day, honestly, it’s not likely she’d have signed with Marshall.”

Tramel was very encouraged about his current team, too, following its performance in the Zippy Invitational at Akron 10 days ago. He said the culture he wants in the program is gaining traction.

“I think people are getting it,” he said when asked about student-athletes commitment. “I think last year we had a lot of confusion and we didn’t have a lot of people that would believe. And now we’ve had a tremendous midseason meet at the Zippy Invite … two school records there, 14 lifetime best times.

“That’s justification of the hard work that these young ladies are putting in, and that the guidance they’re getting is paying off.

“This is the reward. I talked to them in middle of the meet, and everybody was happy, smiling, and I made the off-hand comment that ‘Swimming fast is fun.’ I heard that from a coach years ago, but it’s absolutely true. When you’re performing your best, it’s fun. And the end goal is to get to a point where everyone is doing that on a consistent basis that everyone is priding themselves on contributing on the playing field.

“At the end of the day, as important as cheering, spirit and grades are, none of that puts points on the board. So we really are trying to get people to believe in themselves more, and our confidence is rising. We aren’t there yet, but we are well on our way now.”

Tramel said the large recruiting class wasn’t just about depth. It was about immediate needs. He said the Herd got what it needed … but the coach said he’s far from finished chasing talent.

“When we looked at our needs, we had some glaring holes,” Tramel said. “We didn’t have a true backstroker last year. We were able to sign one last year who is a freshman right now (Bree Mury), and we got Vera (Niemeyer) back for her redshirt senior season. She just broke two of our school records in both backstrokes, and she’s graduating.

Tramel sounded like a baseball manager in analyzing what was most important to the Herd signing class.

“We needed depth in sprints. You always need more sprinters because of relays. We went out and signed three. Two others we signed will be able to contribute, yet the sprints aren’t their primary focus but they still will be relay candidates.

“We needed stoppers. Dennis Dale, the head coach at Minnesota I worked under, always talked about ‘stoppers,’ swimmers who you could put in and nobody was going to beat them. We needed some of those. We went out and got three, maybe four, who will be immediate stoppers, but we still need help.

“We still need speed and depth in our butterfly events. We graduate three of our top four butterfliers, and we really need a true 200 butterflier.

“I was down in Greensboro (N.C.) last weekend scouting at Junior Nationals. We’re researching and scouting trying to find a butterflier, but even beyond that, we still need people who can come in and help us immediately. Now. If you can score at the Conference USA Championships, we want to talk to you.”

This release was provided to SwimSwam courtesy of Marshall Swimming and Diving program.