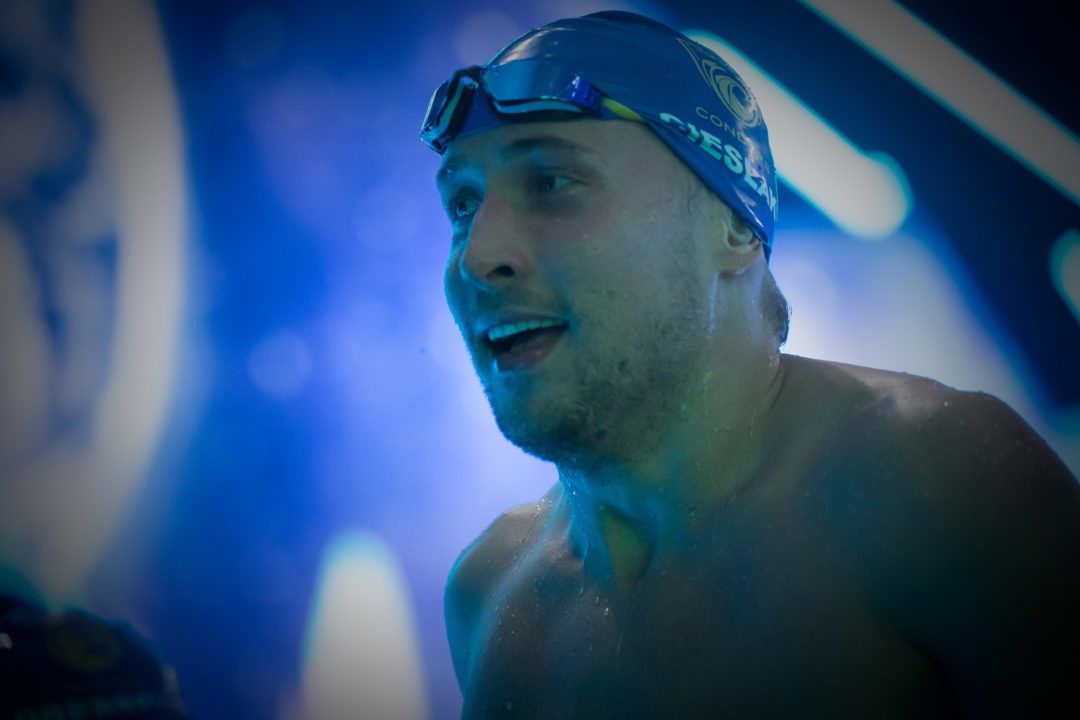 Cieslak continues to be an invaluable member of the Cali Condors, placing third in the 100 fly in a new Polish Record of 49.54. Current photo via Mike Lewis/Ola Vista Photography

Cali Condor swimmer Marcin Cieslak opened up the 2020 ISL semi-finals with a bang in Budapest, registering a new Polish Record in the men’s 100 butterfly in a time of 49.54.

Cieslak’s swim breaks the nine-year-old national record of 49.62 set by Konrad Czerniak at the 2011 European Championships.

A Florida Gator alum, Cieslak took third in the event for the match, trailing teammate Caeleb Dressel (48.92) and the LA Current’s Tom Shields (49.01).

Cieslak now ranks fifth in the ISL this season, with Chad Le Clos and Marius Kusch also having been faster.

A two-time NCAA champion with the Gators in 2014, Cieslak has proven to be an incredibly versatile option for the Condors this season. The Warsaw native has taken on six different individual events over the course of the season, swum both breast and fly on the medley relay, and contributed on the free relays as well. Overall he’s produced five lifetime bests during the 2020 campaign.

A lot of records being produced. Wonder how many national records that have been established (along with continental records).