How Many Hungarian National Records Does Katinka Hosszu Hold (and Not Hold)? 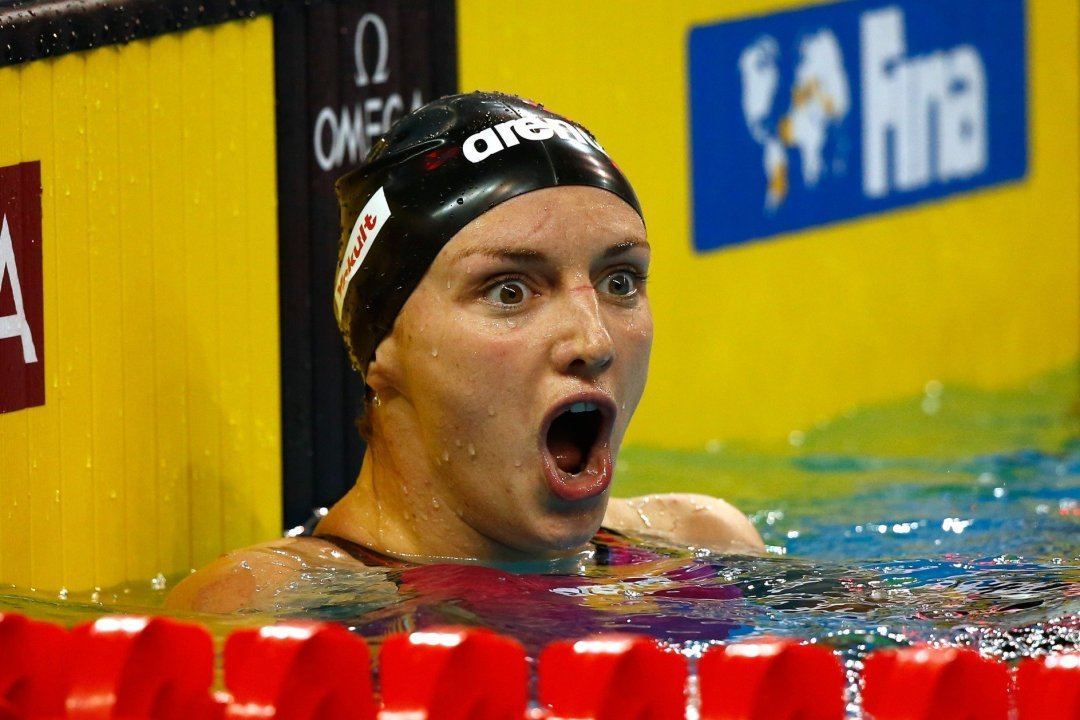 Earlier today, one of our commenters asked an interesting question: how many Hungarian records does Hungarian superstar Katinka Hosszu not hold. The answer is: more than you might expect, but plenty enough to be classified as “absurd.”

Hosszu this weekend at the Indian Ocean Championships on the island of Reunion has broken the 50 and 200 short course meter breaststroke Hungarian Records, which extends her sphere of influence into yet another stroke – after becoming one of the world’s best backstrokers by sheer will over the last 18 months.

In long course, Hosszu holds 9 out of the 17 recognized individual records and is a part of the National Record holding teams in the three major relays (400 free relay, 800 free relay, 400 medley relay). Some of the great names of Hungary’s swimming past still hold marks that even the great Hosszu hasn’t gotten yet.

The biggest surprise, to us, was that Hosszu doesn’t have the record in the 100 fly. That mark belongs to Liliana Szilagyi, who was 57.67 at the 2014 Summer Youth Olympics. Hosszu’s best is 58.73, and given Szilagyi’s young age of just 18, that might be a tough one for Hosszu to track down.

The records that Hosszu doesn’t hold in long course, as of posting:

In short course meters, however, Hosszu has been absolutely dominant. After Monday at the Indian Ocean Championships, Hosszu holds 16 out of 18 individual National records.

Update: Hosszu got the 100 breaststroke record on Tuesday with a 1:05.60. That means there’s officially just 3 SCM records left.

If that one goes down, there would then leave just three short course records up for the taking:

The latter of those is more of a formality than anything – many, many Hungarians have had the capability to go faster than 17:18.73 not only in long course, but in short course as well. Unlike in long course, neither FINA (the world’s governing body) nor LEN (Europe’s governing body) hosts the off-Olympic distance events in short course meters at their biggest championships. It’s only a matter of opportunity for Hosszu, or anyone else, to find a meet holding the event and to break the record.

So, to answer the intent of the question: There are 35 ‘standard’ individual Hungarian National Records in the pool, and Hosszu holds   25 of them.

Absolutely amazing. She could get over a minute off the 1500m record if given the opportunity I think.

And as good as she is, apart from the 200 IM, I don’t see which other gold medal is a lock for her in Rio. Even in the 400 IM, she will have to beat Ye Shiwen and especially Mireia Belmonte. In the 200 fly the Spanish girl looks unbeatable now. In the 200 free can at best make a final but not better. And on backstroke Missy Franklin will be back at the right time to show who is the queen.

I agree, Bobo, in fact are you sure about the 2IM? If Ye is in form to defend her 4IM gold, then I think she’ll be the one to beat in the 2IM as well.

In LCM 100 back, Hosszu will not beat Seebohm, let alone Missy.

Phelps has his dignity. He manned up, apologized immediately, didn’t make excuses, sought treatment for his mental disorder(s), which is ongoing, and accepted the punishments he was given without complaint, including the mutual decision for him to not go to Worlds, which was actually beyond the length of his formal suspension. While some may have wished for a harsher penalty, that wasn’t his call. Although he was rightfully embarrassed and contrite, he can hold his head high now going forward, provided that he continues his treatment, and whatever other measures he needs, to keep him back on the right track. This does nothing to detract from his great swimming legacy. Same goes for Thorpe, Hackett, et. al.

I disagree – apologize and getting help does not rectify what he did, it is inexcusable, especially when it is not the first time, coming from a person (me) who has lost a loved one to a driver under the influence, maybe I’am just biased, but that is how I feel.

I agree that taking responsibility by apologizing and getting treatment do not rectify what he did, rather, the punishment rectifies that, at least in a fair system of justice. Because he broke the law, by definition it’s inexcusable, that’s why he was sentenced when he pled guilty. If he accepts and completes the sentence, which he has been doing so far, then he’s paid his debt to society, and he’s excused. Whether the punishment was adequate is a different story, (I tend to think it’s not, and in general I think inadequate punishments greatly reinforce the problem in the USA, compared with some peer countries, but that’s just my opinion), but at any rate, neither you nor he control that.… Read more »

With that body she managed to build I wonder when she will start to compete amongst men.
I would love to hear their secret of racing all day all night.
Good luck for the husband/waterboy, no wonder he is acting like a vollidiot all the time.