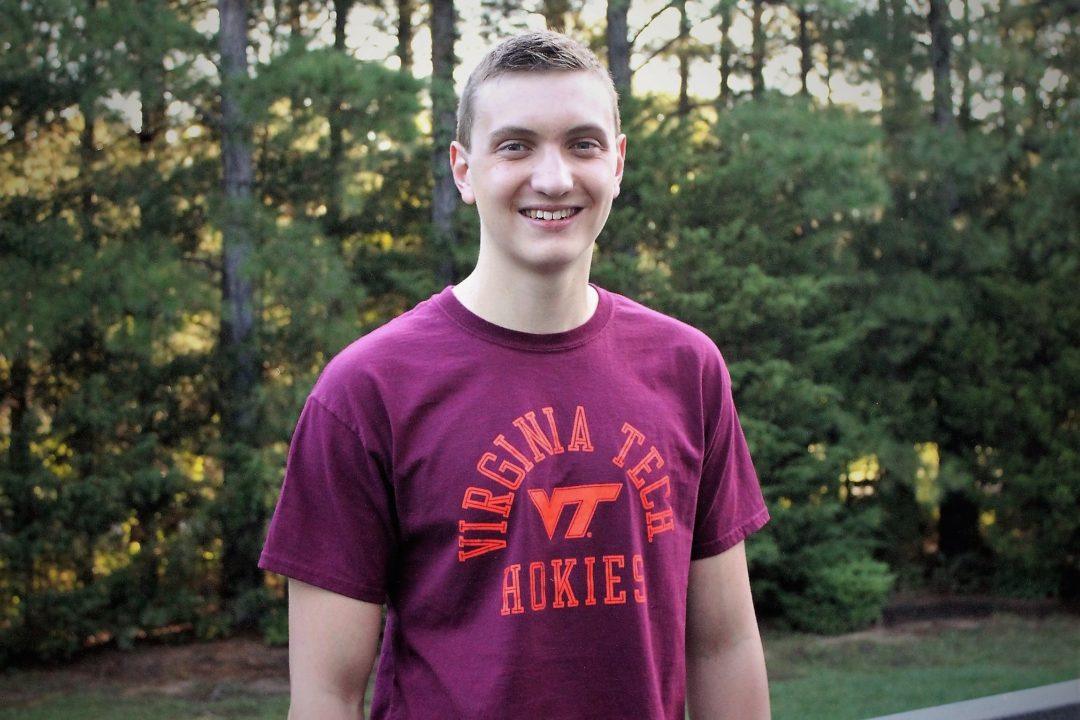 Virginia Tech's Blake Manoff swam to a lifetime best in the 100 free. Manoff led prelims with a 42.64. That moves him up to 33rd in the nation. Archive photo via Philip Manoff

Ohio State hosted their last chance meet on Sunday for swimmers to make a final attempt at qualifying for the NCAA Championships. Virginia Tech’s Blake Manoff swam to a lifetime best in the 100 free. Manoff led prelims with a 42.64. That moves him up to 33rd in the nation. He’s already qualified for NCAAs, though, as he’s ranked #5 in the 200 fly.

There were no NCAA qualifying times posted, but there were a handful of best times. Teamate Dylan Eichberg dropped over a second from his lifetime best in the 200 fly. Eichberg led prelims in 1:43.54. He’s now 40th in the NCAA, but still outside of NCAA qualifying range. Eichberg scratched out of finals. Ohio State’s Alex Dillmann set a season best in prelims in 1:44.95.

Louisville’s T.C. Smith posted his fastest time since 2018 in the mile. Smith’s 15:03.76 ranks 41st in the nation. Smith’s best time in the event is a 14:53.60 from the 2018 Last Chance Qualifier. His swim tonight was 20 seconds faster than his performance at the ACC Championships.

Manoff has really made “the leap” this year… wasn’t he in the 500 or something at ACCs last year?

5
0
Reply
swimgeek
Reply to  JP input is too short

Agreed – Manoff had a tremendous meet

1
0
Reply
JP input is too short
Reply to  swimgeek

He’s had a pretty tremendous season overall, and even the summer before making World Jrs team.

Any word on pac12s. It looks like they only did meters

There were SCY time trials up today earlier on meet mobile. I think Utah got a B cut in the 2 medley relay but I don’t think any individuals made it into the meet from time trials

what’s the cut line for men’s ncaas? I.e., how many guys per event? Is Hallock’s 27th place in the meet?