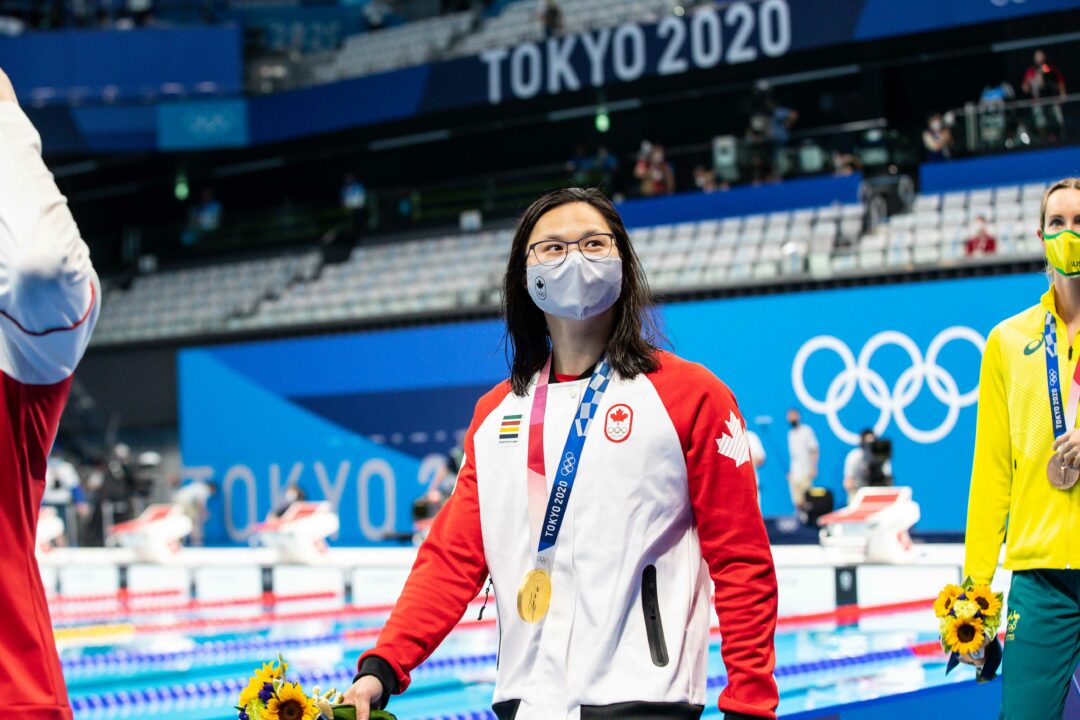 At a virtual press conference, MacNeil spoke about her thoughts on her World Championships performance, pressure, and her outlook on Birmingham.

At a virtual press conference prior to the start of the Commonwealth Games, Maggie MacNeil spoke about her thoughts on her World Championships performance, the pressure she faces in her swimming, her outlook on Birmingham, and her former Canadian teammate Kayla Sanchez deciding to represent the Philippines internationally.

You can watch the video here:

At the World Championships, MacNeil opted not to swim any individual events because she wanted to prioritize her mental health. She swam in the finals of the 4×100 free relay and 4×100 medley relay, earning a silver in the former relay and bronze in the latter relay. She also was a heats swimmer in the mixed freestyle relay, which went on to take silver in the finals. MacNeil is set to swim the 50 and 100 fly at Commonwealths, being the Commonwealth record holder and defending Olympic champion in the 100 fly.

“It’s hard to stay at the top and that pressure really got to me. I need a chill summer,” MacNeil told CBC after the Canadian World Championships trials in April 2022. “I don’t want to be out of international competition. I want to train and compete well for Canada but I needed that little bit of a let up I guess.”

Prior to the start of the long course season, MacNeil slipped on deck at the 2022 NCAA Championships, which resulted in an elbow injury that affected her training in the leadup to trials. In the fall of 2022, she will be competing collegiately for Louisiana State University after spending four years at Michigan.

Did swimswam report on MacNeil switching from Cal to LSU? I can’t seem to find an article about that.