Mackenzie McConagha Bounces Back With 1:02.08 100 Meter Back in Virginia 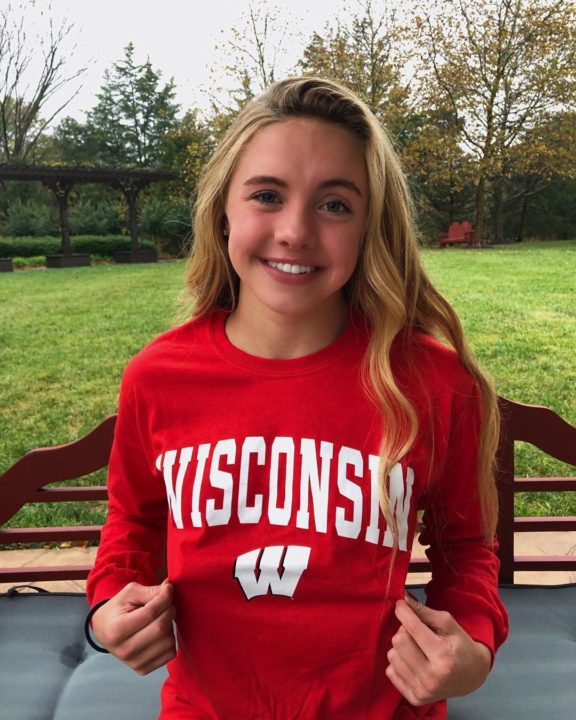 Nation's Capital Swim Club's Mackenzie McConagha dropped a 1:02.08 lifetime best 100 meter back to improve upon the 1:05 she swam at the U.S. Olympic Trials. Archive photo via Tim Binning/TheSwimPictures.com

Four swimmers, two ties, one swim-off, and one scratch later and the field for the women’s 100 freestyle semifinals was set.

Mackenzie McConagha of Nation’s Capital Swim Club won the 100 back at the PVS Long Course Senior Championships with a time of 1:02.08, crushing the 1:05.02 she posted at the U.S. Olympic Trials Wave I in June. The Wisconsin commit took nearly .4 off her lifetime best time from April.

McConagha came within 2 seconds of her lifetime best 100 fly time from May.

16-year-old Camille Spink of Nation’s Capital also clocked a lifetime best 100 back time, taking about .2 off her previous best time from June to place 2nd behind Conagha. She finished with a time of 1:03.27.

I’d say that’s a big drop. I’d like to see what she could do under my care.

My wife as her coach has done exceptional things with her, since she was 6 – garnering 4 trials cuts. I think she is good under her care.

He’s a creep troll, don’t pay attention to him lol